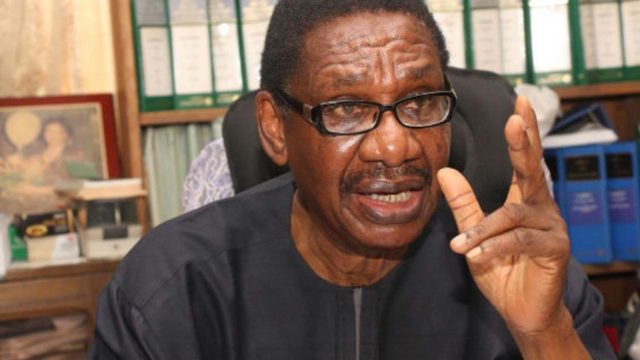 Atiku Abubakar, the Peoples Democratic Party’s (PDP) presidential candidate, on Monday revealed himself as someone who harbors contempt for Southerners, according to Prof. Itse Sagay (SAN).

Prof. Itse Sagay (SAN), Chairman of the Presi­dential Advisory Committee Against Corruption (PACAC), stated this on Monday emphasising that Southerners will be in serious trouble if Atiku wins.

Atiku said this at a parley organ­ised by Arewa Joint Com­mittee on Monday.

He urged Northerners not to vote for Yoruba and Igbo presidential candi­dates in the 2023 presiden­tial election.

Sagay said just like it is happen­ing in the PDP, Southerners will be treated as second class citizens if Atiku be­comes president.

He said, “Atiku has final­ly exposed himself. He has displayed the true content of his mind. He has demon­strated the level of con­tempt, hatred and disdain he has for Southerners.

“His statement buttress­es Wike’s insistence that the Southerners should be better represented in the hi­erarchy of the PDP because from what you can see now, Atiku has contempt for the South. He doesn’t want them in any position of responsibility or authority.

“So, the whole thing must have been deliberate, it wasn’t an accident when they made sure that only Northerners hold the most important positions in PDP.

“What it portends for the country is that if Ati­ku wins, the South will be in severe trouble. It will be a severe affliction on the South if he wins because we should be ready to ac­cept subordinate positions and positions of servants in the federation; subservi­ent to our leaders who must come from the North”.

I Never Asked Anyone To Arrest You , Peter Obi Replies El-rufai