I Never Asked Anyone To Arrest You , Peter Obi Replies El-rufai 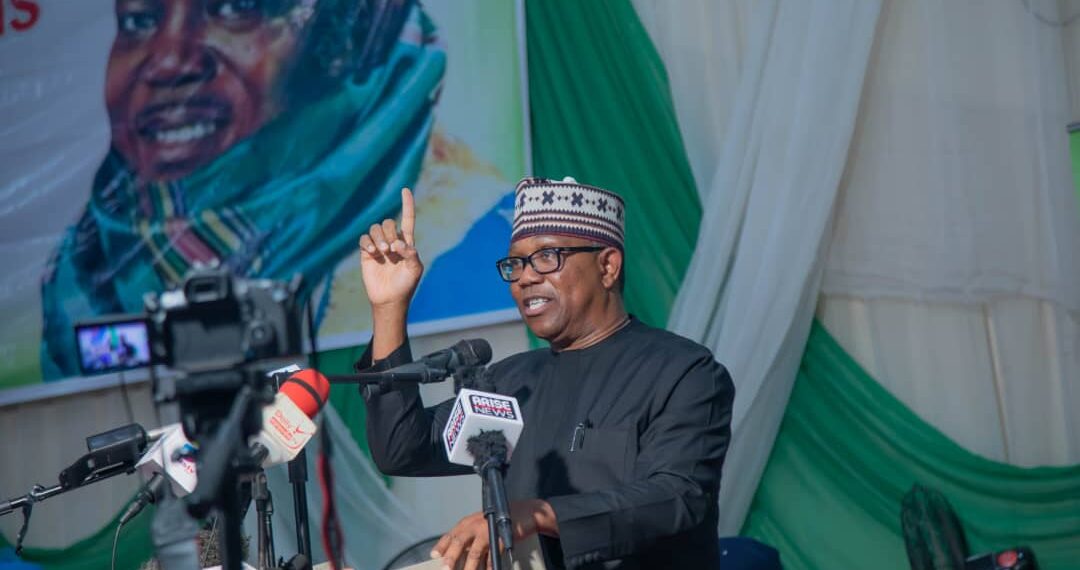 Peter Obi, the Labour Party’s (LP) presidential candidate has criticized Nasir El-Rufai,the Governor of Kaduna State for associating him with his arrest in Anambra State in the past.

Mr El-Rufai, at an interactive session organised by Arewa Joint Committee in Kaduna on Monday, claimed to have been detained nine years ago in Anambra for 48 hours on the orders of Mr Obi, the then governor of the state.

“In 2013, I went to Anambra State as an official of the APC to witness the bye-election for governorship. Your next guest, Peter Obi, as governor, got me arrested and detained for 48 hours in my hotel room,” the Kaduna governor claimed.

Now as a sitting governor, Mr El-Rufai said he has all the security power to deal with the LP candidate but he would not do so because of his northern background.

Mr Obi was also among the dignitaries who spoke at the event.

In his defence, the former Anambra governor described the governor’s comment as a reckless one which should not have been made in the public space.

“What His Excellency, Governor Nasir Ahmad El-Rufai said about me has been brought to my attention. I believe that as we grow older and are saddled with more responsibilities, we are expected to become circumspect in our thinking and avoid recklessness in our speeches and utterances.

“How does the circumstance he referred to relate to bigotry, to warrant such a label?

“All I do for people like El-Rufai is to pray for them and encourage them to concentrate on doing those things that will better the lots of Nigerians rather than engage in hate speeches that will divide and destroy the country,” he fired back.

Mr Obi said it was impossible for him at the time to order agents of the State Security Service (SSS) from Abuja to arrest Mr El-Rufai.

“The police commissioner that was there then was from Adamawa State, and the AIG was from Nasarawa. The GMD that was planning for that election was from Kano. There’s no way I could have done that.

“My chairman, I never asked anyone to arrest you. As Governor of Anambra State, I have the first APC best policeman in Nigeria, and he is from Kano, so where will I give the order and tell a man who lives in my house every day that I want to deal with his people, and he will say yes?”

“I was in APGA during the elections in 2010 (2013), the ruling party was PDP, how can I instruct the PDP in Abuja to detain anybody, even me as state governor was detained in my own local government,” Mr Obi said.