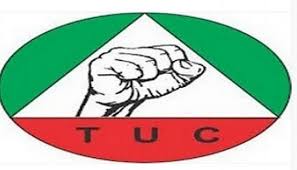 The Trade Union Congress (TUC), at the weekend, gave the Federal Government conditions to meet before the final removal of subsidy on petrol in June, failing which it threatens industrial action.

President of the TUC, Quadri Olaleye, who spoke after the meeting, said the NEC-in-session mandated the congress to take all necessary steps to ensure that these conditions are met before subsidy is removed. Consequently, he said the NEC-in-session has directed state councils and affiliates to commence mobilisation of members for industrial actions against subsidy removal without government fulfilling conditions.

“The proposal by National Council of State on the final removal of subsidy on premium motor spirit (PMS) as from June 2022 should take into consideration the attendant economic impact on the masses. There must be assurances that refineries are fully overhauled and establishment of modular refineries encouraged,” he said.

Lamenting the worrisome economic situation and the rising cost of living in the country, Olaleye emphasized that federal and state governments should put in place measures to ameliorate the suffering of the people through food security and infrastructural development.

He said, “Federal Government must exhibit political will in its economic diversification programmes with major focus on agricultural production.

“The development of the agricultural value chain can create mass employment and put the country on the path of economic recovery and prosperity.”

In the same vein, the labour center observed with dismay the ongoing job loss and financial insolvency in some electricity distribution companies in Nigeria, particularly worried about issues associated with the privatisation of the power sector.

The TUC NEC called for the review of the privatisation of the power sector since the contracts have expired to ensure viability, job security and effectiveness of the sector.

On the forthcoming election, TUC enjoined its members nationwide to obtain their permanent voter cards and ensure active participation in the democratic process ahead of 2023 general elections.

“Members are also urged to support the Political Commission of the Congress in creating groundswell awareness for providing leadership alternatives that deliver on democratic dividends and transformative governance to the people,” the TUC president stated.

Saraki Calls for Justice Over Hanifa, Sylvester and Keren’s Case