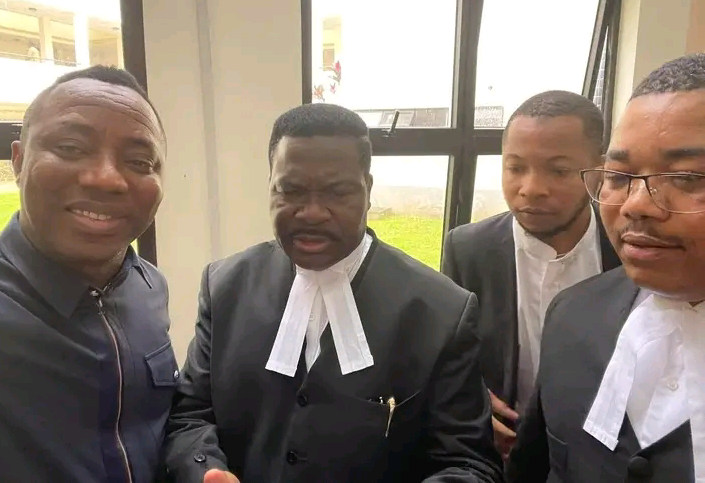 The African Action Congress’s (AAC) Presidential Candidate,Omoyele Sowore, on Tuesday appeared at the Court of Appeal in Abuja to observe the case of Nnamdi Kanu, the arrested leader of the proscribed Indigenous People of Biafra (IPOB).

Sowore demanded for justice and called for the case against the IPOB leader dropped.

Sowore shared pictures from the court via his Twitter handle.

He wrote, “At the Court of Appeal in Abuja today with #FreeNnamdiKanuNow lawyers #EjioforBar as they argue to have all charges against #MaziNnamdiKanu dropped. There can’t be peace in a society where there is no justice! #WeCantContinueLikeThis.”