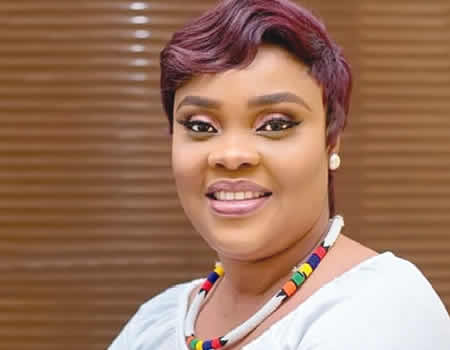 President of National Association of Nigerian Travel Agencies (NANTA), Susan Akporiaye, has assured that no foreign airline operating in Nigeria can sell tickets in dollars.

She also said that reports that airlines have increased their fares are false, rather, what airlines did in order to cushion the effect of forex scarcity is to stop selling their lower inventories.

“There are reports that from April 19, airlines in Nigeria will start issuing tickets in dollars and I want to say that it is not correct. If you read the publication that reported the story, NANTA was not quoted because the information didn’t come from us and whoever put that write up together did not consult us. Otherwise, we would have properly educated the person on the facts rather than generalising.

“The report quoted APG which is not an airline, so they cannot speak on behalf of all the international airlines in Nigeria. I am the president of NANTA and I can categorically tell you that airlines in Nigeria did not tell the travel agency community that they would start issuing tickets in dollars because of the issue of repatriating their funds. It is true that the funds of the airlines are stuck, but what airlines have done to be able to cushion that effect so the volume of the amount of money with them does not go higher than it is that they stopped the travel agency community from issuing tickets that do not originate from Nigeria.

“This is not too good for us because it is reducing our sales and also reduces the oppourtunity for us to service our clients properly. The airlines didn’t write to us to say that they would start issuing tickets in dollars because our laws do not support it, so no airlines would do that. APG is not an airline, it is just a platform that some airlines that do not represent Nigeria sell from and so they do not have the authority to speak on behalf of all the airlines.

“Information reaching me from the management of APG is that they were not even aware of the publication because it was sent without the consent of the top management. The CEO of APG is a seasoned industry person and a member of NANTA and he has been running GSA for so many airlines in Nigeria, so, they know better. I reached out to the owner and he said he was not aware. As we speak, the APG platform has been shut down, that is to tell you that they were not aware. Immediately I reached out to them when I got the news, they shut down because they know the rules and regulations and know that such is not allowed in Nigeria and communication has been sent to CBN is that it was done without their knowledge.

“My appeal is that in anything that has to do with the aviation industry, especially in the aspect of airlines and tickets, NANTA should be informed so that we can let people know the true position and advise clearly because it is causing a lot of confusion now. Airlines in Nigeria did not come together and agree that they would start issuing tickets in dollars from April 19. I want to emphasise that APG is not an airline, it is a platform that brings together few airlines that is why they cannot speak authoritatively on behalf of airlines. Getting information from one or two travel agents in Nigeria is not enough to come up with a publication and generalise it, without reaching out to the association. Airlines have not ganged up to do any such thing because they know the rules and they also know that IATA would not allow it. The rule in Nigeria is that you must transact business in the local currency and all the airlines are aware and would not go against the rules of the country.

“The only thing I would say that is affecting the non-repatriation of their funds to their own countries is the fact that lower inventory is not allowed. It is part of the BASA agreement that any country they operate in, should allow them repatriate their funds but they have not been able to do that, meaning that the country has failed them in that aspect. My appeal to CBN is to make their funds available because it is seriously hurting our business.