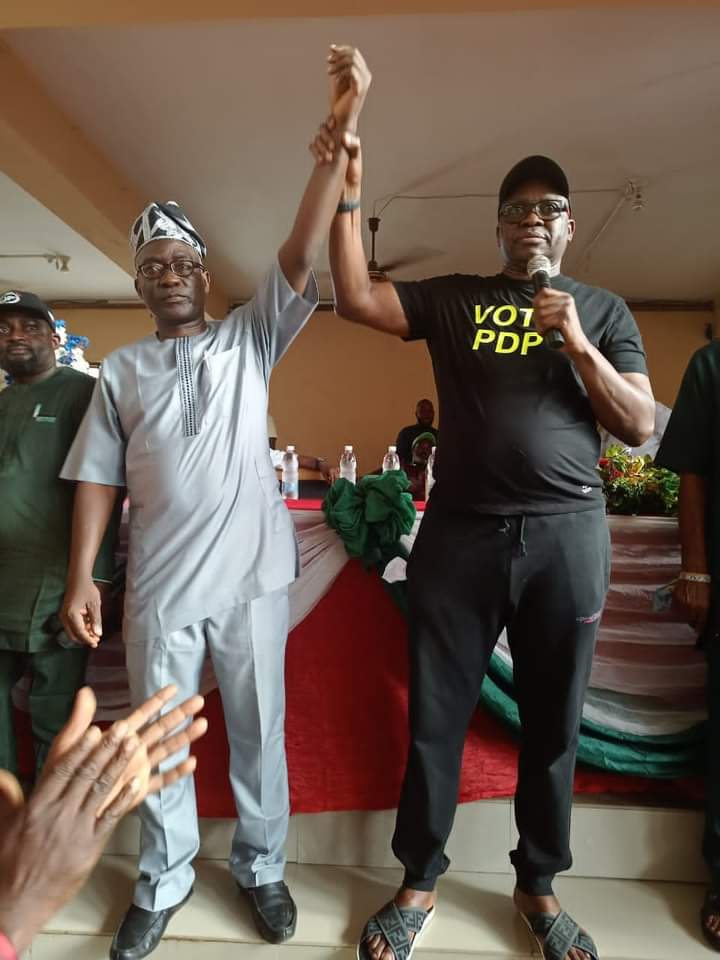 Fayose, who made this declaration during a town hall meeting with PDP stakeholders in Ise/Orun Local Government today, said his endorsement of Prof Olusola-Eleka will however not prevent other members of the party from contesting the primary election.

He said “The endorsement of Eleka is in the interest of the PDP and it will not shut the door against anyone.

“It is our position that Ikere Ekiti, being the second largest town in the State, cannot be left bare in the scheme of things.

“Therefore, Senator Biodun Olujimi, the present occupier of the seat should see this decision beyond the personal ambition of any individual. More so that she has benefitted immensely from the party by going to the House of Representatives and Senate for two terms.”

Today, I joined the former Governor of Ekiti State, Gov. Ayodele Fayose, incoming governor hopeful, Hon. Bisi Kolawole, and other PDP stalwarts at PDP Stakeholders’ meeting at Ikere Ekiti, my home state today. We are committed to winning the coming general election in Ekiti and to restore good governance.