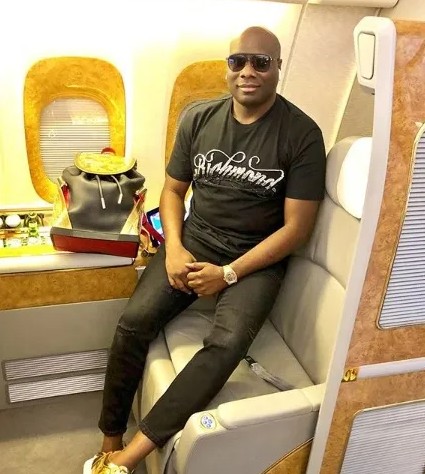 Ismaila Mustapha, also known as Mompha, and his firm, Ismalob Global Investment Limited, were being tried in absentia on Wednesday when the trial was halted by the absence of the defense attorney, Gboyega Oyewole (SAN).

His absence was not explained. The beginning of the trial has to be postponed until December 16 by Justice Mojisola Dada of the Lagos State Special Offenses Court, located in Ikeja.

Mompha’s trial was ordered to continue at the court’s most recent session despite his continued absence from the proceedings. At the request of the Economic and Financial Crimes Commission, Justice Dada issued the directive (EFCC).

The defendant had skipped bail, according to the EFCC attorney, Mr. Abbas Mohammed, and the court issued the order as a result.

At the proceedings today, the EFCC Prosecutor, Mr. S. I Suleiman told the Court that the Commission was ready to proceed with the trial but Mompha’s counsel was absent.

“The learned Silk ought to appear for commencement of trial, we have two witnesses in court, they’ve been seated in the court,” he said.

The counsel was, however, disposed to allowing another adjournment for the defence team to appear in court.

Justice Dada subsequently adjourned to give the defence another opportunity to be present in court.

Mompha was arrested on January 10, 2022, by the Economic and Financial Crimes Commission, EFCC, and arraigned on Jan. 12 alongside his company, Ismalob Global Investment Limited, on an 8-count charge of alleged money laundering of over N6 billion.

The EFCC also alleged that Mompha concealed his interest in expensive wristwatches and other movable assets valued at over N70 million.

On January 18, he was admitted to bail in the sum of N200 million with two sureties in like sum, one of the sureties, the judge ordered must own property valued at N100 million within the jurisdiction of the court.

The court also ordered the defendant to return his international passport to the custody of the court while ordering his remand in any Correctional Centre of his choice in Lagos pending the perfection of the bail conditions.

On March 28, he was released to his lawyer, a Senior Advocate of Nigeria, Gboyega Oyewole shortly after the court varied his bail conditions.

Since then, he has failed to appear in court on at least three scheduled dates for his trial.

On June 10, the EFCC accused him of flouting the court’s order by travelling to Dubai with a new international passport.

On June 22, the court issued a bench warrant for his arrest following his continued failure to present himself for his trial.

The court also revoked the bail it granted the defendant. This is the second case in which the EFCC is charging Mompha. He is also standing trial at the Federal High Court in Lagos on an amended 22-count charge bordering on cyber fraud and money laundering to the tune of N32.9bn.