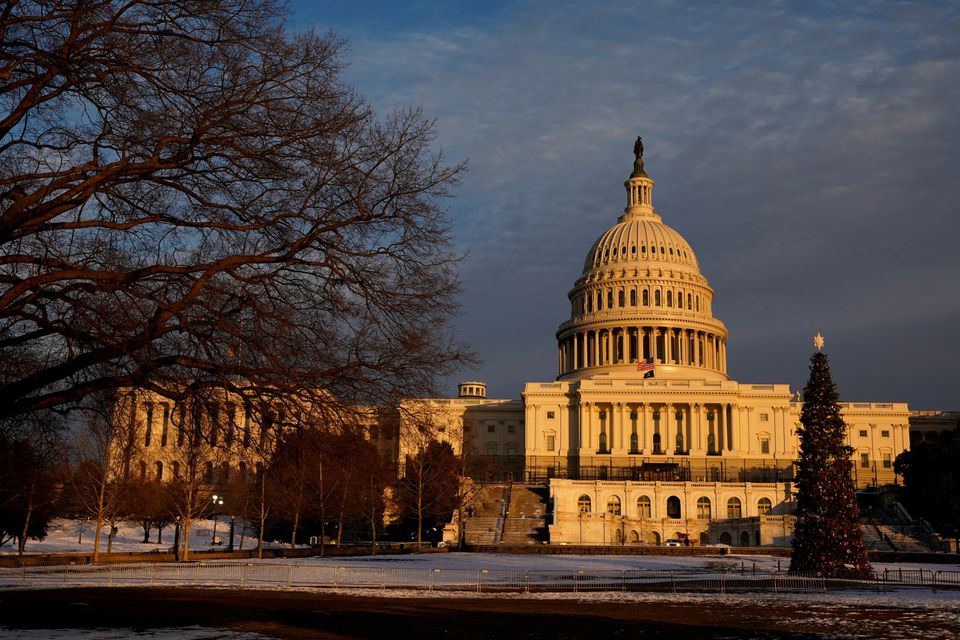 The U.S. Senate on Wednesday voted to advance a bill protecting federal recognition of same-sex marriage, prompted by concerns that a more conservative Supreme Court could reverse a 2015 decision that made it legal nationwide.

The bill garnered the 60 votes required to limit debate before a final vote on its passage. It would serve as a legal backstop against any future Supreme Court action by requiring the federal government to recognize any marriage that was legal in the state it was performed.

It would not block states from banning same-sex or interracial marriages if the Supreme Court allows them to do so.

All 50 Democrats and 12 Republican senators voted to advance the bill in the 100-member Senate. The House of Representatives passed a similar bill in July, with the support of 47 Republicans and all of the chamber’s Democrats.

The bill will have to jump through several more Senate procedural hoops before returning to the House for final approval and then to the president for his signature.

When the Supreme Court overturned federal protections for abortion in June, Justice Clarence Thomas caused alarm by writing in his concurring opinion that the court should consider overturning other precedents protecting individual freedoms including the 2015 ruling legalizing gay marriage.

There are roughly 568,000 married same-sex couples in the United States, according to the U.S. Census Bureau.

“I’ve heard from constituents back home who are concerned and worried about the suggestion that their right to marry who they love will be taken away,” Democratic Senator Tammy Baldwin, the first openly gay person elected to the Senate and a lead negotiator on the bill, said at a Tuesday news conference.

Speaking before Wednesday’s vote, Republican Senator Thom Tillis, another key negotiator, called the bill “a good compromise… based on mutual respect for our fellow Americans.”

President Joe Biden applauded the vote, saying that it “sent a strong message that Republicans and Democrats can work together to secure the fundamental right of Americans to marry the person they love.”

Although same-sex marriage has gone from a political hot potato to a well-established norm in the past decade, the bill’s negotiators had to thread a needle between protecting a right most Americans now see as a given, and assuaging concerns from Republican senators about religious liberties.

In a mark of how far the country has moved on the issue, the Mormon church – once a virulent opponent of legalizing same-sex marriage – came out in support of the bill. Republican Senator Mitt Romney, a Mormon, voted in favor on Wednesday.

The legislation is the result of months of negotiation by Baldwin and Tillis, as well as Democrat Kyrsten Sinema and Republican Senators Susan Collins and Rob Portman. (Reuters)