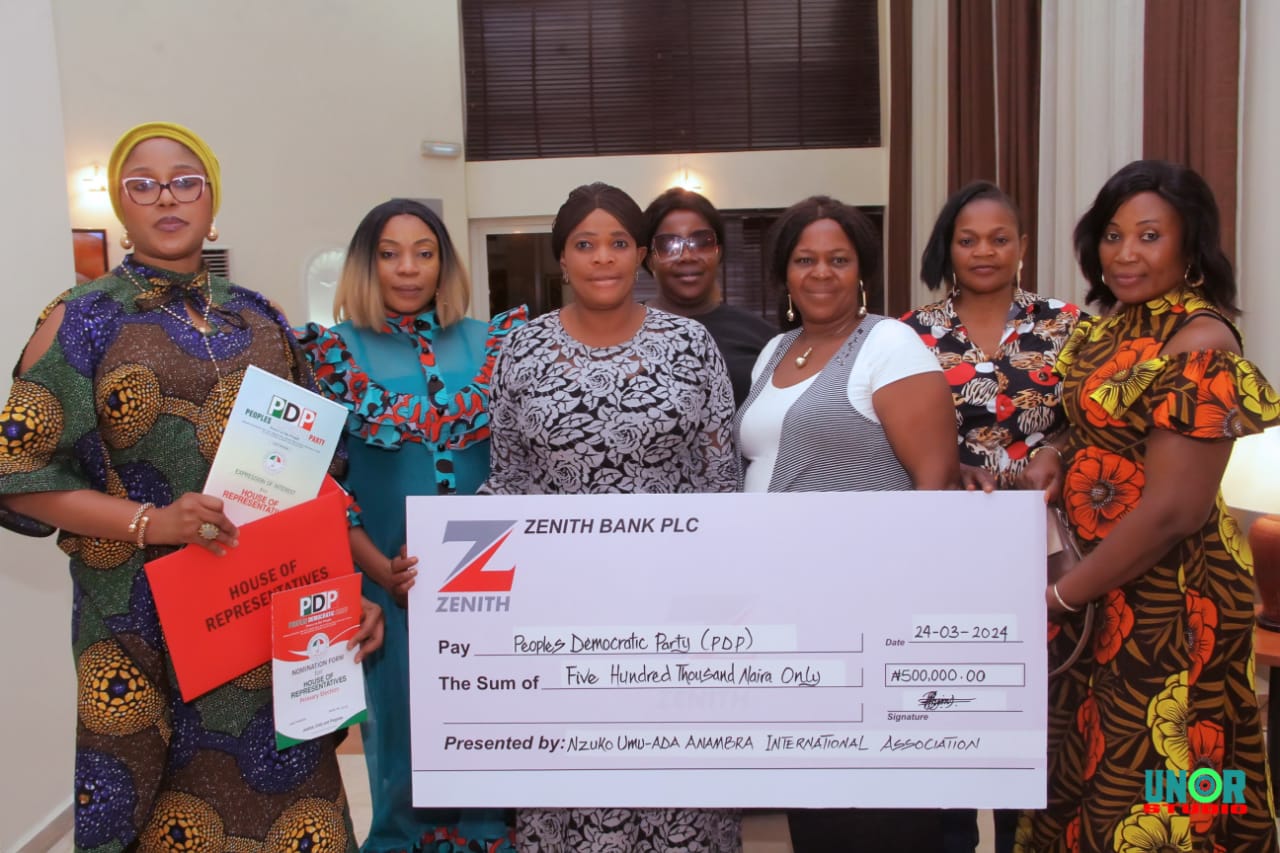 The groups include FIDA, The NBA and Nzükõ Umu-Ada Igbo International.

They demonstrated this recently when they accompanied her to purchase the nomination and expression interest forms at the PDP national secretariat Abuja where they also made payment for the forms.

They also presented her with Fidelity Bank and Zenith Bank cheques of N1,000,000Million and N500,000 Thousand respectively, assuring to unite and support her throughout the entire political processes.

Mrs Morah, who is also a big player in the Oil, Gas and the Forex industry, stated thus …”I must dare to be different because only those who dare have the chances of winning. I want to go the National Assembly to give my people back home, a good representation and leadership. I will be heavily involved in canvassing for Women & Youths – especially gender rights.”

“I will work with my colleagues to deliver a brand new Nigerian Constitution, equitable sharing of economic powers among states in the federation to deliver economic growth and diversification. I will champion active agriculture assistance for the Ayamelum constituents and promote their trade to the world outside their hinterland where most of their harvested food produce perish for lack of proper distribution chain.”

According to her, “I will focus on delivering at least five bills during my first year in the Green Chambers to unlock Omambalaã potential in these directions.

“My party (PDP) is solidly grounded in my state and is putting a very strong front in the coming general elections. I’m very optimistic that if given the chance and nominated, I will be the First Female to go to the House of Representatives in my Constituency & surely with all the Permutations on Ground, will make it victorious at the final general election, and use the rare opportunity to give my people the kind of representation never experienced before in the area.”

The Canada chapter of the NGO, the leader of the Nzukõ UmuAda group, Barr. Mrs. Amaka Ebenebe, expressed emotions as she recounted the deplorable state of their federal constituencies, saying, however, that: “Finally a woman with the capacity and carriage to rescue their people and resuscitate their lost glories has come out to take the bull by the horns.

She, however, stressed that she was in no doubt that if elected, Mrs Morah will be worthy to carry their cause to the federal level, adding that she is the best candidate for transparent leadership and good representation

Pete Edochie: Tinubu Too Old, Too Weak To Run For President