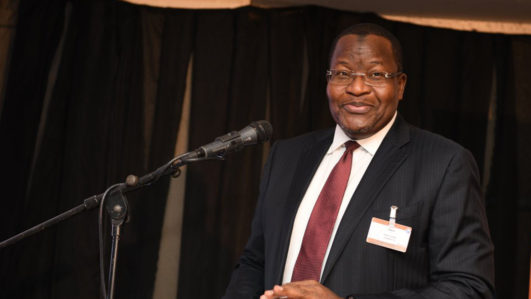 The Nigerian Communication Commission, NCC has revealed that the Federal Capital Territory, FCT Abuja will be the first beneficiary of the 5G network about to be installed in the country.

The commission assured that the fifth-generation technology will soon be deployed across States so citizens and firms can enjoy seamless substantial network improvements, including higher connection speed, among others.

The special day which featured random air time gifts across the four existing networks also had a ballot session where many persons won smartphones.

Again Danbatta restated the Commission’s commitment to protecting and empowering consumers irrespective of their class, from unfair practices by service providers.

Speaking through the Enugu Zonal Controller, Ogbonnaya Ugama, Danbatta said the assurance was based on their regulatory mandate of ensuring that consumers of telecommunications services deserve to get value for their money and to be treated right as very important stakeholders.

According to him, spectrum licenses for the companies that will roll out services have already been issued.

Ugama assured that as a consumer-focused public sector institution, the NCC shall continue to commit to the provision of a high level playing ground for options to thrive, promote investment, delivery of innovative services to individual consumers among others.

He noted that NCC has been a long-standing partner of ECCIMA the fair organizers adding that the commission has continually held it’s special day program at the fair, Naija News reports.

Meanwhile, in his address earlier, the ECCIMA president, Barr Jasper Nduagwuike lauded the NCC for its efforts at making life more amenable through improvements in communication services in the country and thanked them for their continued commitment and support to the fair.