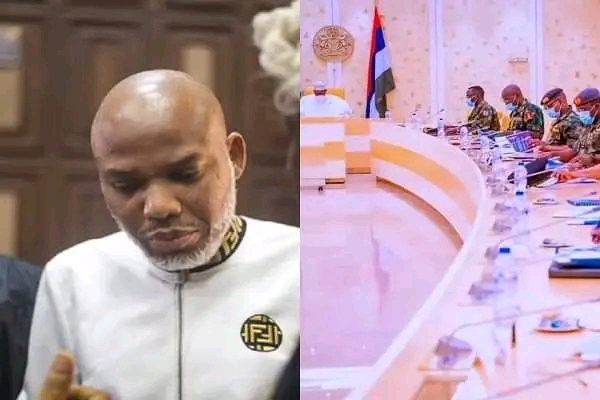 Following the Appeal Court’s verdict in Abuja on Thursday which thrashed the case of terrorism leveled against Kanu, a decision which called for wild jubilation amongst his supporters, the National Security Council has clarified the Federal Government’s position on the status of the case against leader of proscribed Indigenous Peoples of Biafra (IPOB), Nnamdi Kanu.

However, the Attorney-General and Minister of Justice, Abubakar Malami, said Kanu had not been acquitted as there are other cases against him.

It noted that Kanu had not been acquitted though discharged of some issues in the cases against him.

Addressing State House Correspondents after the Council meeting, the Minister of Police Affairs Maigari Dingyadi, joined by the Minister of Interior, Rauf Aregbesola, and the Chief of Defense Staff, General Lucky Irabor, said what would become of the case against Kanu would be decided in coming days.

“Similarly, the issue of Kanu has also been raised and Council was briefed on the state of things on the matter and it was observed that Kanu was discharged, but he was not acquitted.

He said the council only discussed the Appeal Court judgement but noted that solutions to these kind of matters can be considered as long as they are not subjudice.