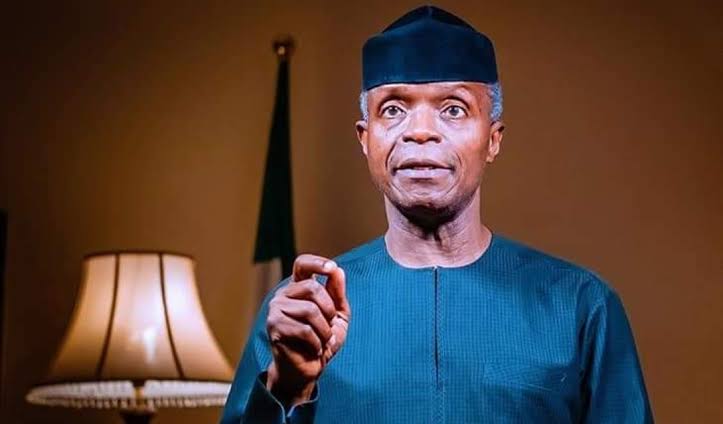 The Vice President, Yemi Osinbajo, on Friday, said Nigeria’s future “rests in the hands of business owners, the entrepreneurs.”

This was as he said effective collaboration between federal and state governments with the private sector was a sure catalyst for boosting economic growth, economic diversification and improved productivity.

According to a statement signed by the Senior Special Assistant to the Vice President on Media and Publicity, Laolu Akande, Osinbajo said this at the close of the maiden edition of the Gombe State Investment Summit.

Prof. Osinbajo also noted that improving the business environment was critical to “the prosperity of our great country.”

According to him, state governments could further boost economic growth and investments in their respective domains by approaching development like a sovereign state while improving the business environment for small businesses to thrive.

He said, “The future of our country rests in the hands of business owners, the entrepreneurs, all over this state and the country.

“The successes that we have seen here in Gombe are substantially on account of the effective collaboration of the private sector, the states and the Federal Government. Our federation benefits our people when the states and federal authorities alongside private actors think and work together.”

Highlighting significant improvements recorded by the Gombe State Government in this regard he noted that “as a progressive government, we remain committed to policies and reform efforts that are geared towards economic diversification and improved productivity.”

He commended the Gombe State Governor, Muhammadu Yahaya, who “approached the development of the state by thinking as a sovereign state as opposed to thinking as a sub-national.”

In his view, the governor’s vision to draw up a 10-year development plan – Medium-Term Expenditure Framework and determination towards creating an enabling business environment, were key pivots to economic growth.

“And this is as it should be. Gombe could rank very easily as a sovereign state, its GDP is almost three times the GDP of Gambia and it is almost at the same level as the GDP of Liberia.

The VP also disclosed that Gombe State was at the centre of the business enabling reforms, which informs its standing as the number 1 state in the sub-national Ease of Doing Business Survey Report ranking.

This was as captured by responses from the private sector in the report, that Gombe led the frontier in infrastructure and security indicators, as well as in Skills and Labour indicators.

The Vice President also urged for the government and the private sector to leverage the opportunities with the African Continental Free Trade Agreement.

The Vice President performed the ground-breaking ceremony of the Domagric Integrated Rice Mill, which is located inside the 1000-hectare Muhammadu Buhari Industrial Park.

The governor had led a delegation of top officials of the state, traditional rulers and other dignitaries to receive the Vice President at the Gombe Airport.

He was also accompanied on the visit by Minister for Communications and Digital Economy, Prof. Isa Pantami.