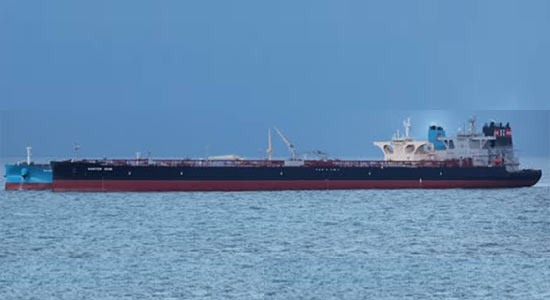 The crew of the crude oil carrier MT Heroic Idun has approached the Federal High Court in Abuja to stop the Federal Government from “illegally” executing their “extraordinary rendition” and of the vessel from Equatorial Guinea to Nigeria.

The applicants contended that there was no extradition treaty between both countries, hence any alleged attempt to pressure the Central African country to remove them to Nigeria would be illegal and infringe their rights under Nigerian and international law.

They described as false, the Nigerian Navy’s claim that MT Heroic Idun attempted to illegally load crude oil from Akpo Terminal in Nigeria, noting in particular, that the Navy admitted that it found no crude oil on MT Heroic Idun.

They contended further that the vessel and crew were unlawfully arrested by the Equatorial Guinea Navy under pressure from the Nigerian Navy.

MT Heroic Idun, with 26 persons onboard comprising 16 Indians, eight Sri Lankans, one Pole and one Filipino national, was arrested on August 22, 2022 by the Equatorial Guinea Navy shortly after the vessel left Nigerian waters.

Fearing their unlawful removal from Equatorial Guinea to Nigeria on the Nigerian Navy’s request, the 26 applicants and the vessel filed a fundamental rights enforcement Suit marked FHC/ABJ/C8/2058/2022 through their counsel Babajide Koku SAN, praying the to court to intervene.

The Federal Republic of Nigeria, the Attorney-General of the Federation and the Nigerian Navy are the respondents.

The applicants averred in an affidavit in support of the originating application, that on 18 July 2022, the Charterers of the vessel requested a Letter of Comfort from the owners for loading at Akpo Terminal in Nigeria (Terminal) with laycan (dates for loading) of August 17 and 18.

On August 4, 2022, the Charterers/Sub-Charterers instructed the Vessel to proceed to the Terminal and following that to Ceiba Marine Terminal to load a cargo of crude oil and then to Rotterdam in Holland to discharge the cargo, following which laycan was fixed or narrowed to 8 August 2022.

They averred that the sub-charterers BP likely failed to inform the Terminal of this change and/or to ensure that the correct paperwork was in place.

They stated that the vessel Master was concerned that if he arrived at the Akpo Terminal in Nigeria early that he would be in the country’s high-risk piracy zone. As a result, the Master obtained permission to wait around 200 miles offshore waiting final confirmation of the load port laycan and that these instructions were confirmed on 4 August. Following the instructions from Charterers the Master proceeded to the Terminal with ETA late on 7 August. The Vessel tendered Notice of Readiness at the Terminal on 8 August 2022 00.01 which was accepted. That signalled that the Vessel was ready to load.

Same day, following arrival, the Vessel was ordered by the Terminal to move outside of the 10nm Maritime Identification Zone of the Terminal because cargo nominations or naval clearances for the Vessel had not been provided.

They averred that about 9pm, the Vessel was contacted by the Terminal security and was informed that there may be a Nigerian naval vessel approaching them. MT Idun tried to find out from naval whether the vessel was a threat. It also tried to identify the vessel when got close, but could not do so because, among others, the Navy’s AIS was turned off.

They averred that when the Nigerian Navy vessel identified itself, it asked if MT Idun had the necessary clearance documents which had yet to be provided by the Charterers. The Naval vessel told the Vessel to follow it to the Bonny fairway buoy for investigation. But that MT Idun declined because its Master feared that moving close to the Nigerian shore at night was too great a risk because of piracy fears.

There was also confusion over the name of the approaching vessel which at that time was misspelt as “Agola” and could not be found on Google as a registered naval vessel. The agents were also contacted, and they too advised not to follow the orders of the vessel. There was a genuine and collective view that this was a suspicious approach.

The approaching vessel was requested to turn its AIS on and when it did not, this caused further concerns on board the Vessel and ashore. The master decided to move out of the area at full speed whilst the situation continued to be assessed.

On 12th August the Vessel was about 200nm off-shore when it was interdicted by the EG navy and was ordered to Luba bay in Malabo. The Vessel was inspected on arrival in EG, and no oil was found. The applicants noted that the Nigerian Navy subsequently issued a press release confirming that no oil was actually loaded. The Vessel has been held ever since.

The claimants averred furtherthat the interdiction by EG was unlawful and breached UNCLOS Articles 58, 87, 97 and 100 relating to innocent passage and the right to be on the high seas without interference.

“Further, it was carried out without any request being made to Flag which is a pre-requisite prior to an interdiction and boarding at sea although in this case the navy were not able to get on board because of the weather.

“The Marshall Islands has instigated Arbitration proceedings under the judicial procedure set out in UNCLOS for damages and to ask for Provisional Measures namely the immediate release of the Vessel and crew. A Note Verbale is being served on the EG Embassy in Washington. This is an action by the Flag state and could lead to a judgment against EG for damages aris.”

The applicants prayed for three reliefs including a declaration that the respondents’ action to unlawfully rendition them in the absence of any extradition treaty between Nigeria and Equatorial Guinea offends the Nigerian Constitution and the African Charter on Human and Peoples’ Rights Act.

“An order of perpetual injunction restraining the 1st, 2nd and 3rd respondents from carrying out their actions to unlawfully renditioning the applicants from the Equatorial Guinea to Nigeria.”

NDPB Plans To Train Over 50 Journalists On Data Protection, Privacy In 2023