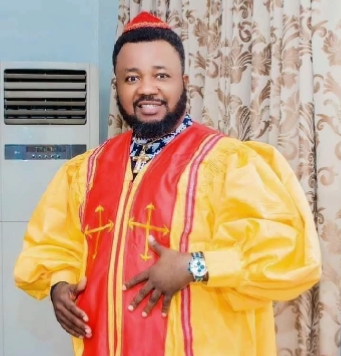 The accused person was arraigned on a two-count charge by the State Criminal Investigation and Intelligence Department (SCIID).

Reading the charge, Chief Magistrate had said Bishop Duruebube between the month of April 2021, to May 2022 had unlawfully and sexually abused a 16-year-old girl.

The magistrate also said sometime in the month of December 2021, at Mercy House Church International headquarters in Eliozu, the suspect unlawfully forced the minor to take an oath not to sleep with another man or tell anybody about the abuse; otherwise, she would run made and die.

However, the accused pleaded not guilty to the charges and was granted bail by Chief Magistrate Anugbum, with two sureties in the like sum of N2 million. One of the sureties must be a bishop, while the second surety must be a relative with landed property within the Magisterial district.

He was remanded after he failed to meet up his bail conditions.

Now, a voice note purportedly detailing his conversation with the teenager has emerged.

In it, a voice is heard scolding the teenager for not bathing.

“If you don’t bathe, it will make your pussy to be smelling,” heard a voice scolding the girl.

The girl apologizes and promises to bathe and take care of her lady parts.

The girl then informs the older man that it appears “mama” is aware of what is going on between them and has warned that she will die if she continues.