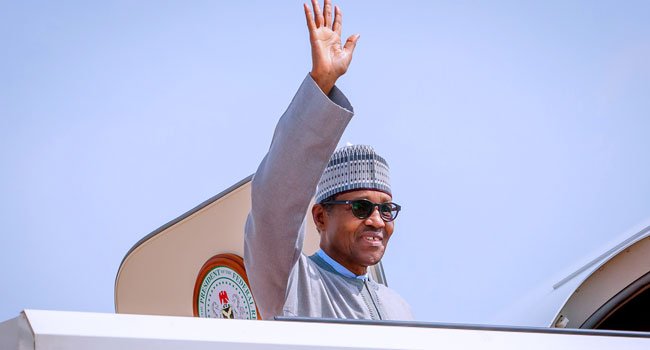 President Muhammadu Buhari has returned to Nigeria after a routine medical checkup in the UK.

A tweet by the Senior Special Assistant to the President on Media and Publicity, Malam Garba Shehu, confirmed that his principal returned on Sunday.

Femi Adesina, a presidential spokesman earlier announced that Buhari would return in the second week of November.

One of the highlights of Buhari in UK was his meeting with King Charles at Buckingham Palace.

The president disclosed this during his meeting with King Charles III at the Buckingham Palace, in the United Kingdom, according to BBC Hausa.

During a press conference after the meeting with the 73-year-old king, Buhari said the king asked him if he had a personal house in the UK to which he responded in the negative.

Buhari said the reason for his visit was to discuss the diplomatic and trade relationship between the two countries.

He said that the meeting was hitherto scheduled to take place in Kigali before Charles became king.

Buhari used the opportunity to congratulate the king on his ascension to the throne.