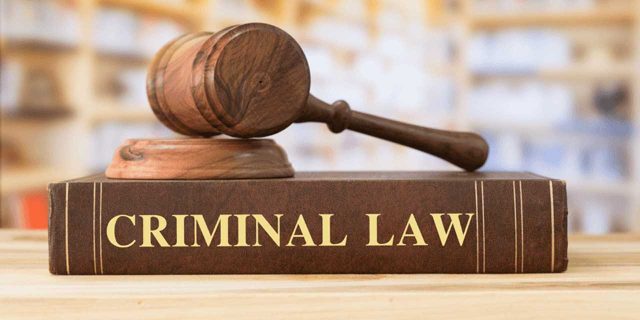 Worried over the number of awaiting trial inmates, which is said to be growing, an advocacy group, Zarephath Aid, has called on government to implement the Administration of Criminal Justice Act (ACJA) to aid quick dispensation of justice as well as putting an end to inhuman and illegal practice of holding charge.

The group said the practice of ‘holding charges’ in criminal Justice system contributes to the congestion in the Correctional Facilities in the country.

While speaking with newsmen in Lagos, the founder of Zarephath Aid, Mr. Ben Abraham, said it is appalling for an inmate in 21st century Nigeria to stay 10 years or more in a custodial centre on holding charge awaiting trial.

He added that case files of most of the awaiting trial inmates had been misplaced by the police, leaving the office of Director of Public Prosecution (DPP) with nothing to work with in rendering legal advice.

A holding charge is a practice, where a magistrate, hearing a case that cannot be tried by the court, remands crime suspects, pending the advice of the DPP.

Abraham said the group has worked in the Correctional and Criminal Justice sector for over 17 years, noting that there is need for a holistic reform in the administration.

According to him, the current capacity of Nigeria’s custodial centres is about 58,000 but there are over 70,000 inmates across the country.

“Section 264 to 266 of the Administration of Criminal Justice Law (ACJL) of Lagos State 2015 as amended provides for the process of remand by the Magistrate Court upon application by the police in offences that cannot be tried by the magistrate.

“However, in reality, the legal check, which that section seeks to introduce is not actualised because, after the remand, the role of the remanding magistrate as outlined in Section 264 (6), (7), (8) is not fulfilled.

“The police arrest suspects for felonies and offences triable by information, hurriedly remand them and dump their files somewhere, while these suspects, deemed innocent in the eyes of the law, languish for years on end,” he explained.

The group head further lamented that although the appellate courts, in many cases, over the years, had pronounced the practice of holding charges unlawful, the practice has persisted.

“It does not accord with justice and legality for a magistrate court to remand a suspect on a charge, the court has no jurisdiction to try ab initio,” he said.

He said his organisation is handling a case involving five persons who have stayed a cumulative time of 50 years awaiting trial, having been arrested in 2012.

“Such tales should no longer be told in our clime. It reeks of viciousness, cold-heartedness and sadism to say the least,” he declared.

The group, therefore, called on the authorities in Lagos State and indeed other states, to as a matter of urgency, set up mechanisms to stop the inhuman and illegal practice of holding charge. He said thousands of lives and destinies have been ruined in the practice over the years.

The group, however, recommended to the state government to quickly issue practice direction to the magistrate courts to implement Section 264 of ACJL strictly.

The direction, they stated, should also empower the magistrates to make weekly reports of cases of holding charge brought before them to the Chief Judge.

“We request for a strict application in section 264 of the ACJL for Lagos State and section 293 to 298 of the ACJA. The office of the DPP should work collaboratively with the police to give effect to these provisions,” the group suggested.