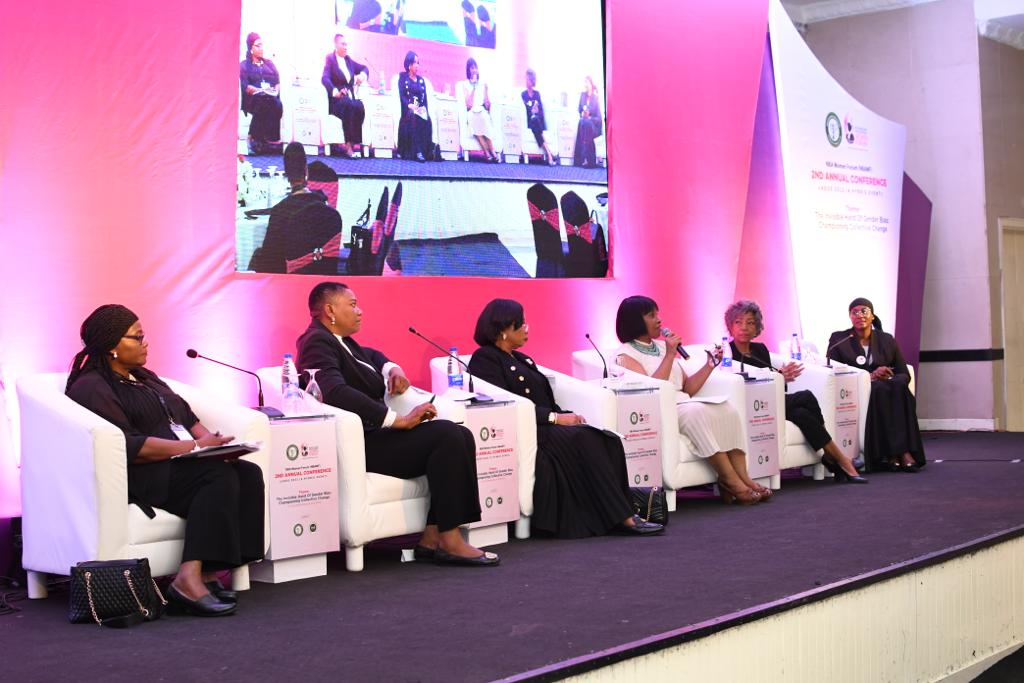 The Panelists at the 2022 Nigerian Bar Association Women Forum Conference said that women should work hard to break the bias especially in the legal sector.

This charge came up at the annual conference of the Nigerian Bar Association Women Forum (NBAWF) which was held on Thursday at the Civic Centre, Victoria Island, Lagos. The theme of the 2022 conference is “The Invisible Hands of Gender Bias: Championing Collective Change”

Some of the discussants who spoke at the various plenary sessions, unanimously believe that although gender bias is a reality, it ceases to exist once a woman chooses not to recognise it.

The NBAWF’s theme, is in commemoration of the International Women’s Day 2022 with the general campaign theme:”Breaking the Bias”

Responding to the question as to how they have overcome gender bias, they all shared their thoughts.

According to Honourable Justice Roli Harriman of the High Court of Delta State: “For me, I have not felt any bias since I was called to the Bar in 1984”.

“When we started the Nigerian Weekly Law Report, I didn’t see myself as a woman but as a lawyer. So, I believe you can overcome any bias by working hard”, she said.

According to her, it cannot be said that there is bias in the Judiciary as records show that there had been a long line of female judges with the President of the Appeal Court being also a female.

“Bias can only take place when a person seeks unmerited benefits.

“If you work hard, it may be there but you won’t notice it”, she said.

She narrated how she was victorious at the 2020 NBA polls. She said that in spite of all odds and the constant remarks by people who believed that the position of General Secretary was almost an exclusive preserve for the male gender, she nonetheless forged ahead with determination.

“With determination and zeal, I became the first female General Secretary after 38 years, and this is something I don’t want to happen again. Therefore, women must wake up and take the charge”.

On her part, a Senior Advocate of Nigeria, Mrs Dorothy Ufot, was of the view that determination and resilience makes the whole difference.

“I was determined to become a SAN, but I never wanted to make that application twice as it was almost the norm; so, I followed the rules and I discovered that it was attainable after all”.

“I was focused, and as people thought that I wouldn’t make it, I was more determined to make it.

“So, the bias is there, but you need not allow it affect you,” she said.

Mrs Ayo Obe shared her experience in the law firm and how she was able to replace herself with another female lawyer.

“I am happy to say that by the time I was leaving the law firm of GOK Ajayi after 12 years, he was, in fact, in search of another female lawyer who could fill my space,” she said.

Another panelist Mrs Rashida Mohammed, a passionate gender activist, believes that issues of gender bias is not only limited to the legal profession but cuts across several other spheres even in the home.

“I was supposed to be married after my secondary school but I declined because I wanted to further my education. So, I eventually got married in my 300 level”, she said.

According to her, she became pregnant and discovered that certain jobs were not assigned to her in the office, owing to her status as a woman as well as being pregnant.

She, however, noted that inspite of the somewhat bias, she was able to clear all doubts and prove herself worthy when she eventually took up a case file from her Principal to move an application in court which was granted.

“Gender bias actually does exist but you must be hardworking and determined to overcome,” she said.

In conclusion, all the panelists were in support of the fact that females can break the gender barrier by determination and hard work.