NBA PRESIDENT PAYS COURTESY CALL ON IGP, DEPLORES PITIABLE WORKING CONDITION OF POLICE OFFICERS, APPEALS FOR THE RECOGNITION AND PROPER PLACEMENT OF LAWYERS IN THE FORCE, SEEKS BETTER PARTNERSHIP BETWEEN THE NPF AND NBA TO STEM INCIDENCE OF HARASSMENT OF LAWYERS BY POLICEMEN 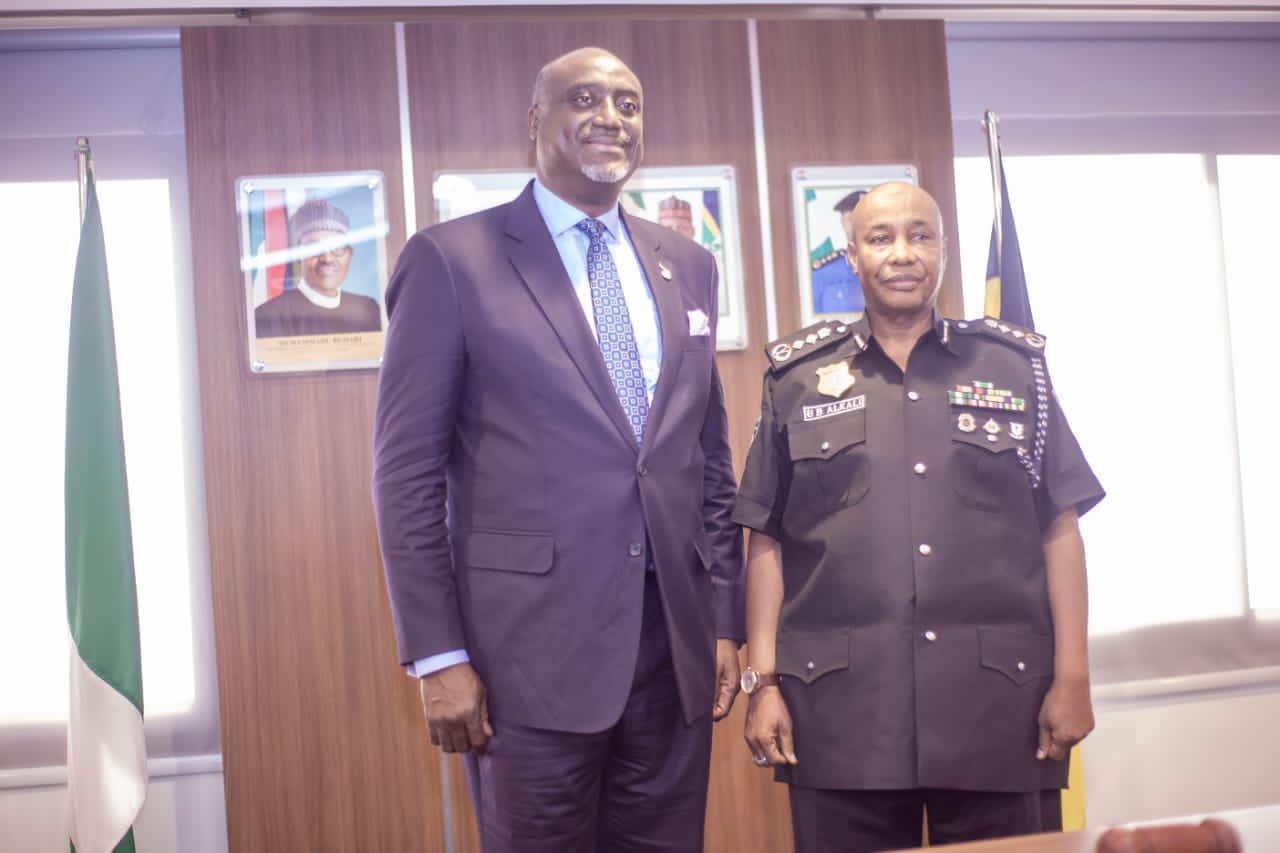 The President of the Nigerian Bar Association, Mr. Yakubu Chonoko Maikyau, OON, SAN has deplored the working conditions of officers and men of the Nigeria Police Force. Mr. Maikyau made this remark while paying a courtesy call on the Inspector General of Police, Alkali Baba Usman, CFR at the Force Headquarters, Louis Edet House, Abuja, yesterday, 17 January, 2023.

Describing the working condition of Nigerian police officers as pitiable, the NBA President noted that “without deliberate and appropriate investment in improving the welfare of officers and men of the NPF, and equally equipping the NPF to function effectively and efficiently, it will be hypocritical if not fraudulent, to expect any meaningful result from the Police in its constitutional duty of protecting the lives and properties of Nigerians” Mr. Maikyau expressed the readiness of the NBA to partner with the NPF, to advocate for and pursue better working conditions for members of the Force.

The NBA President commended the IGP for his swift intervention with respect to the incident which led to the demise of a member of the NBA, Mrs Omobolanle Raheem, who was shot by a police officer on 25 December 2022. Mr. Maikyau described Omobolanle’s killing as one killing by law enforcement officers too many and stated that Nigerians are resolved to ensuring that the trend must come to an end. In the same vein, Mr. Maikyau commiserated with the Nigeria Police Force over the loss of Police officers and men, who have paid the supreme price in the discharge of their constitutional duties.

Mr. Maikyau suggested that some of the challenges of the Force and the friction between the Bar and the Police including but not limited to the issue of harassment of lawyers would have been minimized, had the lawyers in Force been deployed to man key positions, bringing to bear their legal knowledge on their assignments. He therefore appealed to the IGP to approve and direct the appropriate promotion and proper placement of lawyers in the Force as it is the case with other professionals like Medical Doctors, Engineers, Accountants and other specialists designations like Pilots. The NBA President noted that “junior police officers who are members of the Nigerian Bar Association; having been admitted as Barristers and Solicitors of the Supreme Court of Nigeria are distinct professionals of a peculiar nature, capable of rendering in addition to their operational duties, specialised services-proffering legal solutions and representing the office of the Inspector General of Police and the entire NPF. These members of the NPF, whom we are very proud of ought to have been duly elevated and properly placed within the officer cadre of the Force.”

In his response, the IGP thanked the NBA President for the visit and assured the NBA that the NPF would welcome the partnership with the NBA. He noted that there has been improved welfare for police officers in the last two years. The IGP explained the ongoing reform in the Police Force including the building of befitting police stations and the upgrading of the Nigeria Police Academy, Wudil, Kano State to a degree awarding institution, the products of which would improve the quality of officers recruited into the Nigeria Police Force.