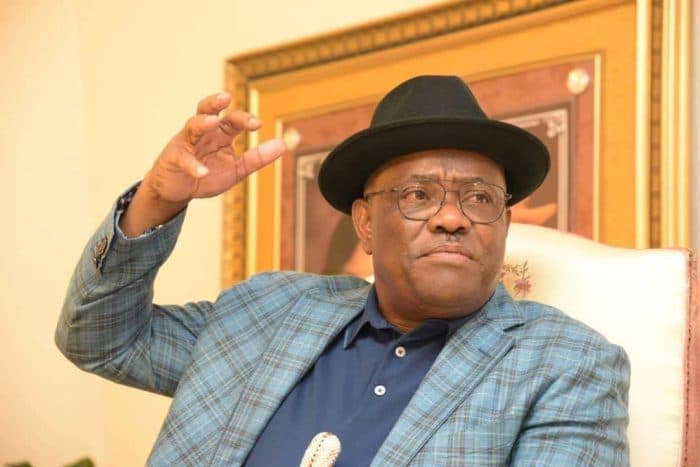 Rivers State Governor, Nyesom Woke, says he will not run for the office of the president again if his party zones the presidential ticket to the north.

The PDP recently inaugurated a 37-members committee to come up with a zoning arrangement for the party.

Speaking on Channels TV on Monday Gov. Wike said he will “abide” by whatever position the party takes on the zoning arrangement.

He, however, said he detests the suggestions that zoning should be jettisoned by the PDP.

The Governor said the position of the party’s constitution in “Section 7 sub 3c” is clear on the rotation of the presidential office.

He noted that members of the party should be able to say the truth.

He said “People should be sincere and abide to the norms of the constitution.

“It doesn’t matter because you believe that this is my time I will win let us jettison every other arrangement”.

Gov. Wike, however, said he is not running for the presidential office not on the principle of zoning but because of his “competence”.

The governor also noted that it is unfair to say the southern candidate cannot win the presidential election in 2023.

Mompha Released On Bail After Weeks In EFCC Custody

Will Smith Faces Losing His Oscar For Slapping Chris Rock