Mompha Released On Bail After Weeks In EFCC Custody 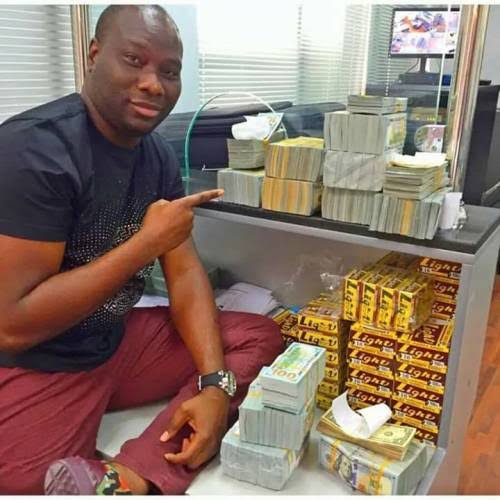 Mompha, who is finally free on bail, had been in the custody of the Economic and Financial Crimes Commission (EFCC) since January 18.

He was arraigned on January 12 on eight counts bordering on conspiracy to launder funds obtained through unlawful activity, retention of proceeds of criminal conduct.

Others were laundering of funds obtained through unlawful activity, failure to disclose assets and property, possession of documents containing false pretence and use of property derived from unlawful act.

In one of the counts, EFCC said in 2016, Mompha, Ahmadu Mohammed (at large) and Ismalob Global conspired to conduct financial transactions to the tune of N5,998,884,653 by false pretence.

The defendant pleaded “not guilty” to the charges following which his counsel, Gboyega Oyewole (SAN) applied for bail.

Oyewole prayed the court to grant Mompha bail on “liberal terms”, noting that the defendant was also standing trial on 22 counts before a Federal High Court in Ikoyi where he was also admitted to bail.

But the prosecution counsel, Rotimi Oyedepo, opposed the application.

Justice Dada granted bail to Mompha in the sum of N25million, with two sureties, one of whom must own a property worth N50million.

The case has been adjourned till April 6, 2022. The defendant already submitted his passport.