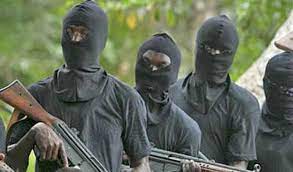 The gunmen were reported to have invaded a wedding ceremony and kidnapped the bride. Eight persons were killed and several others were injured during the attack.

The attack which started on Saturday night, lasted up till the early hours of Sunday with the bandits also rustling an unspecified number of cattle.

At Gbacitagi village, the bandits invaded a wedding ceremony, kidnapped the bride, one other girl, carted away money and other valuable items, and destroyed vehicles.

The gunmen were reported to have killed one person each at Ebbo, Tsonfadagabi, Tsogi, and Kanko.

On their way out of the communities and heading towards Akare community in Wushishi Local Government Area with some of the rustled cattle, the gunmen got stuck when they discovered that the only bridge linking the community with Akare had collapsed.

The Commissioner for Local Government and Internal security, Emmanuel Umar, confirmed the attack to Channels Television.

He, however, said he was yet to get more details of the incident.

Residents, however, said they were unable to successfully cross the river of the broken bridge with the cattle, so they had to abandon them by the river and decided to retreat to Sheshi community to find another possible route out of the community.

The gunmen were, however, confronted by the locals, which resulted in an exchange of gunfire between them and the local vigilantes.

Six people were killed in the gun battle (two vigilantes and four locals).

ASUU Strike: We Are Tired Of Govt’s Promises And Want Action