Garba Shehu: Buhari Will Hand Over To APC In 2023 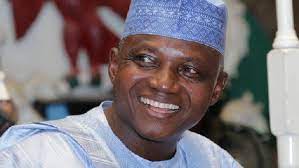 The Senior Special Assistant to the President on Media and Publicity, Malam Garba Shehu, is confident that President Muhammadu Buhari will hand over to another government of the ruling All Progressives Congress (APC) come 2023

He said this on Wednesday during the post-Federal Executive Council (FEC) briefing while fielding questions from pressmen that suggested that the President had pushed the burden of fuel subsidy removal to the next administration with the plan to propose 18 months extension to the National Assembly for the implementation of the Petroleum Industry Act (PIA) originally scheduled to kick off this February.

The presidential aide, who was told that the decision seemed as if the next administration had already been set up to fail, responded: “But she (The Minister of Finance, Budget and National Planning, Hajiya Zainab Ahmed) has answered you.

Firstly, what this tells you is that the President is responsive and we are going to hand over to the next administration, APC, God willing.”

The finance minister, who initially reacted to the question, said, “I know Mr President will be the President of Nigeria in December as well.”