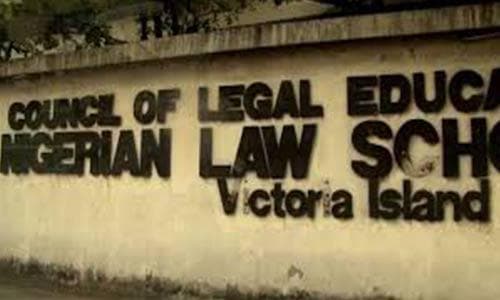 Five persons have been reportedly hospitalized following a fire that gutted the Lagos campus of the Nigerian Law School in Victoria Island on Wednesday night.

The inferno which was said to have been triggered by an electrical surge started around 10 pm causing pandemonium among the students of the campus.

It was learnt that the incident started from the first floor of the five-storey hostel building.

“There was a stampede in the hostel as a result of the fire. Some students also jumped from the first floor where the fire started near the reading room,” an eyewitness said.

The fire was said to have been put out by hostel security officials who quickly switched off the main power supply before the arrival of the state fire service some minutes later.

Director of Lagos State Fire and Rescue Service, Margret Adeseye, confirmed the fire in a statement by the Public Affairs Officer, Amodu Shuabu, saying there was no casualty as the incident was minor.

According to Adeseye, preliminary investigation by the fire service indicated power surge as the cause of the fire outbreak.