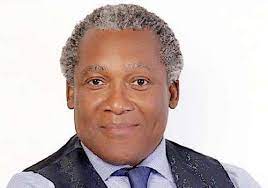 This comes hours after a Federal High Court in Abuja ordered the Ebonyi State Governor, Dave Umahi and his Deputy, Eric Igwe, to vacate their seats as Governor and Deputy respectively, on grounds that the Peoples Democratic Party (PDP) won the election on March 2019 and not the candidates.

The governor and his deputy had been elected into office in the 2015 and 2019 general elections on the platform of the PDP. However, they defected to the All Progressives Congress (APC) in 2020.

Consequently, the PDP approached the court, asking for Umahi’s removal.

Delivering judgment on the matter on Tuesday, Justice Inyang Ekwo held that having defected to the APC, Governor Umahi, and his deputy cannot transfer the mandate of the PDP to their current party, the APC.

He described their defection as illegal, null and unconstitutional.

Citing section 221 of the constitution, Justice Ekwo, therefore, ordered the PDP to immediately send names of replacements to INEC so that fresh elections can be conducted.

Justice Ekwo also ordered the Independent National Electoral Commission (INEC) to cease from recognising Umahi and Igwe as the Governor and Deputy Governor of the Ebonyi State.