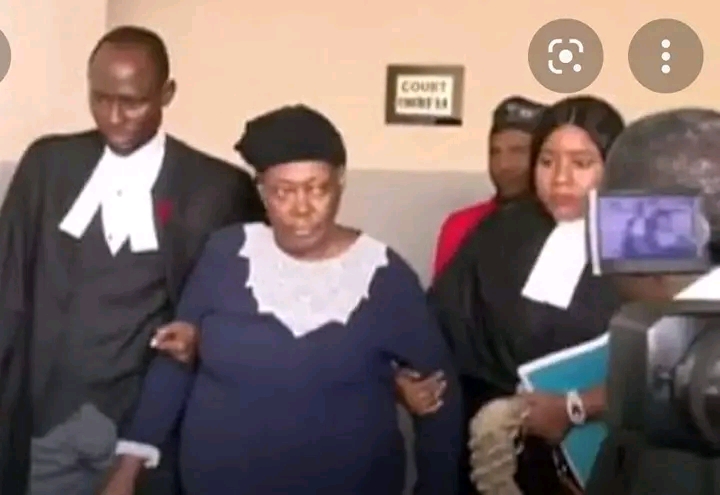 Babangida, a Chief Superintendent of Police, informed the court that the investigation in the infamous P&ID contract revealed that the defendant received the said sum in two tranches. “The investigation team reviewed the financial record and discovered two particular payments in favor of one Enameg Vera Moses. The first payment was on 30th December, 2009 of the sum of $4969.5 USD from the Cyprus Account of Marsh Pearl into the HSBC London account of Enameg Moses Taiga. The payment of 30th December, 2009 was made eleven day before the signing of the project contract.”

Babangida further disclosed the second payment of the sum of $5000 USD was made on 30 January, 2012 from the Cyprus account of Kristholm Ltd into the HSBC account of Enameg Vera Moses Taiga domiciled in London.

“This payment was made seven month before P&ID served the Ministry of Petroleum with the notice of arbitration. The promoters and owners of Marsh Pearl are the same promoters of P&ID British Virgin Island, that is Michael Quinn and Brendan Cahill,” he stated.

The PW1 further informed the court that the defendant still received payment from Brendan Cahill and associated companies through different proxies.

Highlighting the findings of the investigation team, Babangida stated that the defendant failed to discharge her duties by not advising the ministry to obtain Federal Executive Council approval for the execution of the GSPA.

The witness revealed that the defendant had a close relationship with Michael Quin, Marsh Pearl, Kristholm Ltd, Brendan Cahill and their associated companies as far as 2005 when she served at the Ministry of Defense before she was transferred to the Ministry of Petroleum Resources.

“She failed to vacate office on retirement as at 1st September, 2010, to enable her to remain within the Ministry of Petroleum Resources to monitor the Gas Supply and Processing Agreement, GSPA”, the witness further stated.

Thereafter, Justice Egwuatu adjourned the matter to January 16, 2023, for continuation of trial.

NBA REQUESTS FOR COMMENTS ON THE APPOINTMENT OF PRESIDENT, CUSTOMARY COURT OF APPEAL,FCT, ABUJA