Akume: I’ve Donated My N20m For Nomination Form To APC 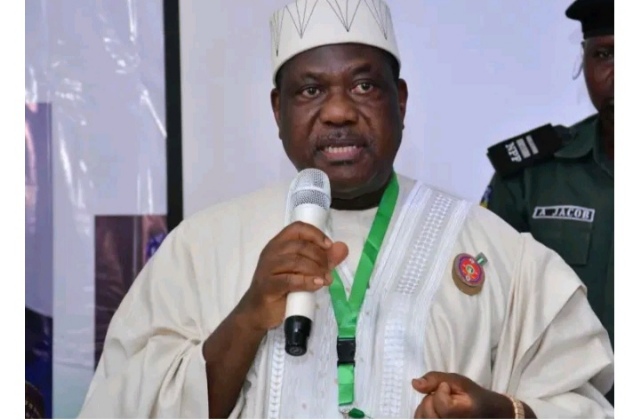 Minister of Special Duties and Inter-governmental Affairs, George Akume, disclosed yesterday that he has donated the N20million he used to purchase the chairmanship nomination forms of the All Progressives Congress (APC) to the party.

President Buhari was said to have ordered the party to refund to aspirants the money used in purchasing the forms for the chairmanship position after Adamu emerged the consensus candidate for the position.

Asked if he had gotten a refund of the money for nomination forms, Akume said, “The issue of money does not arise. I had willingly donated my own to the party and I believe others would do the same thing.

“We have this basic understanding; we have to support the present leadership of the party to succeed. That is what is important so that we will continue with the good work that Mr president is doing.

“Let me say that those of us who indicated interest for leadership of the party did not have any ulterior motive. We have no sinister motive whatsoever. We thought we could also add value to the party, taking it to the next level as we move towards 2023. We are very patriotic citizens and we are members of this party. Those of us who tried to have a shot at the chairmanship slot are still members of this party and nothing has distracted us from joining others in finding solutions to the small problems that we have in the APC.

“The issue of directives did not occur whatsoever in our dinner with Mr president. We ate dinner with him and he appealed to us to build the consensus as much as we could and that was basically what we did. It was not a directive and you know who the president is – a Democrat to the core.”

On the purpose of the visit of the party stakeholders from Benue, the former governor said they were at the party’s national secretariat to show solidarity to the new national chairman.
He stated: “Basically we are here on a solidarity visit, we came to congratulate the chairman for being elevated to the exalted position of chairman of the greatest party in Africa.

This is a party that has membership of over 42 million Nigerians. Clearly legitimises by the photograph that we have on each form, I can say at a point that our junior partners have tried to do what we did so successfully.

“The revalidation exercise, they tried twice and they failed twice. So we are very proud of this record that we are the biggest political party in West Africa.”

On the crisis rocking the party in Benue and other states, Akume said, “A very big political party like the APC, even at the state level, is expected to have little irritations here and there but these irritations are not sufficiently strong to break the organic unity of the party in Benue State. Even members of the same family occasionally have some issues.

“So we are very confident that APC Benue will come on stronger than can never be imagined. We are doing very well; we have registered so many members. We have registered those who are ready to vote and therefore, Benue is ready to go.”