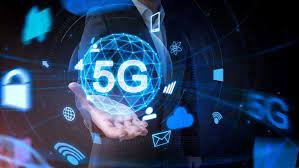 The Association of Licensed Telecommunications Operators of Nigeria has said the likelihood of interference between the aviation industry and 5G network frequency is very low.

According to the association, there is no greater risk of interference with 5G networks than there is with any of the existing transmissions taking place in the frequencies adjacent to those used by radio-altimeters.

It said in a statement, “The context in Nigeria is different. The guard band that exists between the spectrum frequencies allocated by the NCC for 5G services and those allocated to the aviation industry remains in the region of 400MHz, in line with the guidelines instituted by the National Frequency Management Council, the government agency responsible for sectoral allocation of spectrum and the NCC.

“This means that there is no greater risk of interference with 5G networks than there is with any of the existing transmissions taking place in the frequencies adjacent to those used by radio-altimeters.”

ALTON said it understood the concerns industry stakeholders and customers had been expressing in relation to the ongoing debate in the United States of America over the risk of interference between 5G networks and aviation equipment.

It noted that mobile networks, just like radio, TV and other broadcast services, operate using bands of spectrum (frequency ranges) that are allocated by the government to allow the transmission of different services.

According to the group, these bands of spectrum are structured in a way that prevents interference between them, by ensuring that a guard band exists between the frequencies.

It said, “The simplest way of understanding this is to use the radio station example. When trying to tune in to a specific station, you will find that you may pick up some of the transmission on either side of the exact frequency for that radio station.

ALTON said because of this, the guard band was reduced to 220MHz in the USA, creating more space for allocation of frequencies for 5G services.

“This is the core reason for concern in the American aviation industry. They believe that in a worst-case scenario, the outdated radio-altimeters, which ‘overspill’ significantly could pick up 5G network signals spectrum, which may impact the accuracy of the altitude calculation,” it added.

According to the association, media reports indicate that the American communications industry has disclosed after extensive testing that there is no evidence to suggest that the safety of the aviation industry will be compromised by 5G.