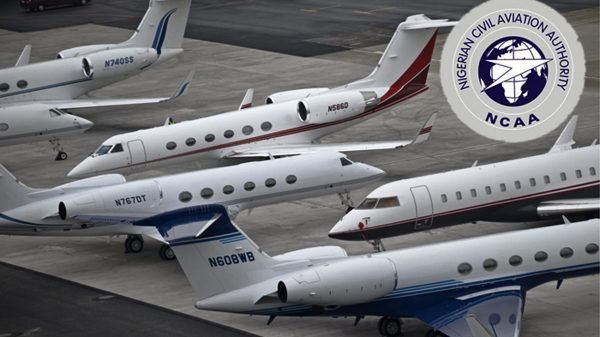 Aviation industry regulator-the Nigerian Civil Aviation Authority-is considering a major review of domestic airlines’ operating licence fees and other charges, in order to ensure its bills are in tandem with current realities and what obtains in other countries.

The Director-General, NCAA, Captain Nuhu Musa, made the disclosure during an interview in Lagos on Friday.

He said the regulator was subsidising the industry considering how low its charges had remained over the years, pointing out that it was imperative to embark on a major upward review of the charges.

According to him, the agency does not benefit from allocations and it is not out place to ensure proper charges are given.

This, he said, would enhance the regulatory agency’s capacity to meet its needs especially the training of its personnel.

He said, “Basically, we are subsidising the industry. Some organisations are buying planes worth tens of millions (of dollars) but are only paying N200,000 to get a certificate that will make them commercially operational. Don’t you think that there is something wrong somewhere there? That N200,000 cannot even do the reviews of their manuals. I’m not even talking about how much it is going to take me to train an inspector, pay him his salaries; to provide those services to the airlines. So, some of the things will have to be reviewed, going forward because N200,000, that’s less than $300, we have countries in Africa that charge $200,000 for it.”

He argued on why the regulatory agency deserves to get a relatively significant share, considering the fact that it does not get a share of the federal allocation/budget.

The NCAA DG said, “I think it is a little bit of small adjustments of the agencies. That 58 per cent (NCAA’s share of the TSC proceeds) is 95 per cent of our source of income. For other agencies, it may be 20 per cent of their income because they get from other charges. Don’t forget, the NCAA does not get anything from Federal Government budget, all the other agencies get from Federal Government budget. So, there is a big difference. People just look at the TSC, they don’t look at the big picture. All other agencies get money from the Federal Government budget in addition to their share of the ticket sales, passenger service charge, ticket service charge. And in addition, they have other services; landing and parking, overflight, So many other sources of revenue. Basically, our main source of revenue is the TSC, but they have other revenue; so all these things were taken into consideration.”

He said, “If we catch anybody who is misusing his licence, we will sanction them, and the sanction could be up to the suspension or revocation of your operating license.”