2023: There Should Be Way For Equity, Fairness, Good conscience As Olisa Metuh Writes PDP Committee On Zoning 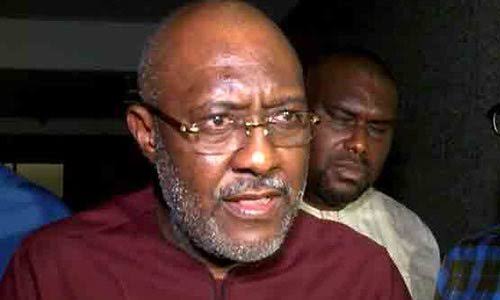 Chief Olisa Metuh, a former national publicity secretary of the Peoples Democratic Party, PDP, has called on the 2023 Presidential election zoning committee members of the PDP to allow all members the opportunity to contest.

He said that it is the only way for equity, fairness, good conscience and natural justice to reign.

Mr Metuh who stated this in an open letter to the committee said nothing should take the PDP back to the “period of arrogance of power especially as we are in opposition.”

The former NPS noted that what is desirable may not be achievable and therefore there is a need for the PDP to tread carefully and be sensitive on how to tackle the North where the All Progressives Congress (APC) controls 14 states as opposed to only four states by PDP.

“In 2015, we adopted sole candidacy and dampened the morale of members to openly campaign for the PDP,” he hinted further.

The letter reads; “History beckons on each and every one of you to take a decision that will not only stabilise our party but also showcase the readiness of our party for the 2023 elections.

“The choice before you today is between adhering to the principles of equity, fairness and natural justice or plainly focusing on the task of winning an election as an opposition party. Indeed, they are inseparable and none can be discarded for the other.”

“There have been arguments about the fairness of zoning to the south after eight years of the Buhari Presidency.

“There are also counter-arguments of the North having ruled for only two years and nine months out of 16 years of PDP in power and therefore deserves its own fair share of presidential candidacy after only two attempts(2007 and 2019) as opposed to the four by the south(1999,2003,2011 and 2015).

“Notwithstanding the merits of either side of the divide, most Nigerians hold only one truth as self evident at this time of our political development: that in good conscience and for equity and fairness, it is really the turn of the South-East to produce the next President of Nigeria.

“The South-east zone on its own has thrown up very quality candidates and in reality, no Nigerian can question the proven tract record of prudence and accountability of Mr Peter Obi in managing an economy or the leadership qualities in service delivery of Senator Pius Anyim. It is therefore clear that the South East of PDP deserves and is actually ready to deliver our country out of the present doldrums.

“However, oftentimes, what is desirable may not be achievable and therefore there is need for the PDP to thread carefully and be sensitive on how to tackle the North where the All Progressives Congress (APC) controls 14 states as opposed to only four states by us. In 2015, we adopted sole candidacy and dampened the morale of members to openly campaign for the PDP.

“The real argument therefore is that our party is built on the ideals of our founding fathers and that the principles of equity, fairness and natural justice appear non-negotiable at every stage of our development.

“Even the argument that the preamble provides for zoning of offices cannot ignore the same preamble that stated:

“It may therefore appear inequitable, unfair and repugnant to natural justice for a decent and noble party like the PDP, having allowed individuals to campaign for such a long period with the attendant human and material cost, to undemocratically truncate their aspiration with zoning at this late hour.

“Are we still enthroning a moral social order that will result in the spiritual regeneration of the nation or are we engaging in an act capable of breeding discontent, disharmony and disaffection by those unfairly disadvantaged by taking a good policy at a very late hour?

“For the records, the 2019 zoning to the North was done well ahead of the primaries and no member from the South complained of having suffered untold hardship on that account.”