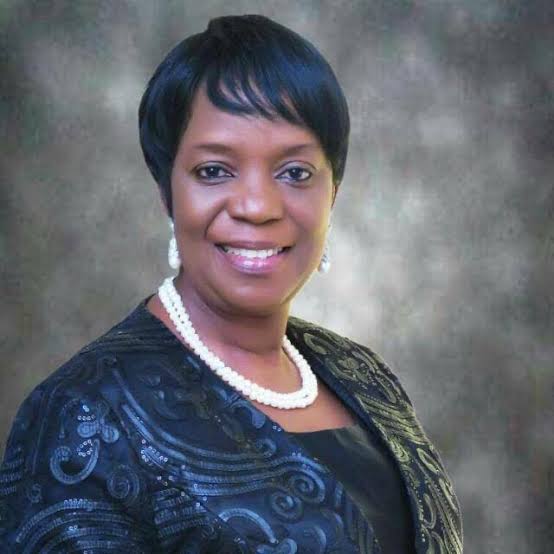 Your Excellencies, Your Royal Highnesses, members of the inner and outer bar, speakers from all over the world, distinguished ladies and gentlemen.

It is with great pleasure that I welcome you all to the 2nd Annual Conference of the Nigerian Bar Association Women Forum (NBAWF) holding here in Lagos.

This Annual Conference of the NBAWF is organised in the month of March to commemorate the International Women’s Day, celebrated on the 8th of March every year. International Women’s Day is a day set aside all over the world to celebrate the social, economic, cultural and political achievements of women.The theme of this year’s NBAWF conference is: “The Invisible Hand of Gender Bias; Championing Collective Change”.

The first conference of the NBAWF which held on Wednesday March 24, 2021,was coordinated from a physical location in Ikoyi.This conference,which was virtual due to the ravaging COVID-19 pandemic recorded about 500 “virtual delegates” from all over the world.

At the time the conference was held,the NBAWF was just seven (7) months old, having been resuscitated by the Paul Usoro SAN led administration of the Nigerian Bar Association (NBA), after being moribund for so many years. The conference was a resounding success.

The NBA Women Forum is now two and a half years old. This second conference is significant in many aspects. It is majorly a physical event, with many virtual participants joining from all over the world.

The conference is the first physical conference to be held by the NBAWF with the crème de la crème gracing this occasion today. This conference is also significant because as at today, the NBAWF has finally stretched its mandate to all the thirty-six (36) states of Nigeria including the Federal Capital Territory, Abuja. The NBAWF has in place, 36 STATE LEADS, including one for the Federal Capital Territory, Abuja, who are Female Amazons responsible for coordinating female lawyers in their respective states.

They all oversee the day to day running of the Forum and are resolute in pursuing the goals. The dynamism and strength of the members of the ten (10) committees of the NBAWF has contributed largely to the tremendous growth of the Forum in the last two and a half years of its existence. The committee heads, the deputy heads and coordinators have all driven the activities of the various committee exceptionally well.

The signing of the Memorandum of Understanding (MOU) with the New York State Bar Women in Law NYSB (WILS) remains a significant milestone that has facilitated sustained and seamless interactions regarding issues of common interest between female lawyers across the two jurisdictions.

Through the Forum, there has been efficient and impactful networking amongst female lawyers and this has been solidified by the NBAWF STATE LEADS in all the states in Nigeria. The slogan of the NBA Women Forum is “Empowering Female Lawyers for Success”.

The question is, how do we empower a person for success when there are invisible hands of bias? Visible hands are easy to deal with as the Laws, Policies and court rooms are there to deal with infringement arising from the visible hand.

Your Excellencies, Your Highnesses, distinguished ladies and gentlemen You will recall that the theme for the 2022 International Women’s Day is “Break the Bias”.Consequently, the NBA Women Forum considered it urgent and imperative to examine the “invisible hand of gender bias”.

The word invisible denotes that a thing is unable to be seen or impossible to see. It does not mean that is not felt. Gender bias refers to a person receiving a different treatment based on the person’s real or perceived gender identity. The invisible hand of gender bias therefore connotes the existence of subtle or outright bias which may not be seen but can be felt. Women all across the globe are faced with various forms of bias at various levels, whether intentionally or otherwise.

Gender bias is prevalent everywhere, at the home, class room, work place,in all aspects of life and come in various forms. Most of the time they are subtle, sometimes unconscious and unintentional. Several factors are responsible for gender bias, tradition, norms, values and cultural experiences. Gender bias feed into the class room, work place and even the court rooms where they manifest and rear their ugly heads. Gender bias in any form or at any place should not be tolerated. Unfortunately, there is gender bias within the legal profession, the temple of justice, where all lawyers ought to be ministers.

To break gender bias, it is important to note it is a collective responsibility that must be championed by all. Hence the inclusion of “championing collective change”as part of the theme of this year’s conference. Collective change can only happen if we all raise awareness as it is being done at this conference and many other conferences.

All hands must be on deck to combat gender stereotypes.Conscious efforts at all levels must be made to create gender balance especially by decision makers.

Decision makers at all levels must champion gender smart-solutions in order to build a more inclusive and favorable workplace. The workplace must work for women.

Encouraging and creating systems that facilitate deliberate dialogue about gender inclusion and diversity is an antidote to change. Further, identifying, celebrating and increasing visibility of women’s achievements is the only way to forge equality.

I want to commend and appreciate the Nigerian Bar Association under the leadership of Mr Olu Akpata,our own Promise Keeper, for naming one of the buildings in Abuja in honour of Chief Folake Solanke, SAN, CON.The President, made this announcement to the applause of all, on the 29th day of March 2022 during his courtesy visit to the Matriarch of the Bar, on her 90th birthday. Mr President we are proud of you.

Furthermore, continued worldwide awareness through meaningful narratives, resources and activities as it is being done today by the NBAWF, will help combat gender bias and discriminatory practices. All these will accelerate gender equality.

Your Excellencies, Your Royal Highnesses, distinguished ladies and gentlemen. As I conclude, allow me to express my profound gratitude to the past leadership of the Nigerian Bar Association, most especially Mr. Paul Usoro SAN who in 2019 resuscitated the moribund NBAWF and gave a mandate backed with support to the present executive and committee members.

The present administration under the able leadership of Mr.Olumide Akpata, who has been described by the NBAWF as “Promise Keeper” took the NBAWF to another level beyond the comprehension of anybody.The immense support received thus far from the President, has further provided a solid and enviable structure and foundation for the NBAWF to stand the test of time.

As the tenure of the current executive winds down,we hope, that successive NBA Presidents will continue to support the NBAWF as the immediate past President did and the current President is passionately doing.

Together, through our collective efforts, there will be positive changes.

I wish us all fruitful deliberations
I thank you for your attention.