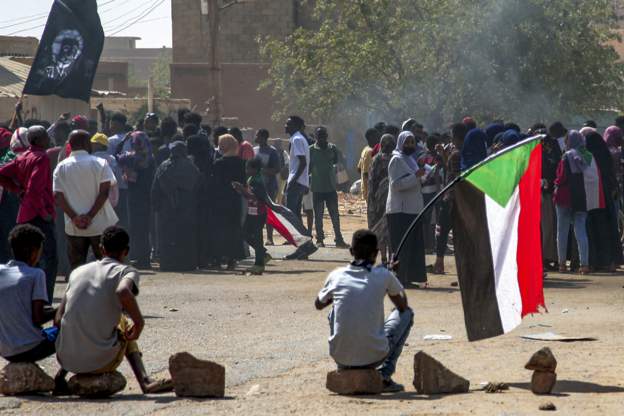 Western powers have condemned the recent arrests of several high-profile political figures in Sudan as anti-military protests continued on Thursday.

The UK, US, the European Union and others said the detentions were alarming and called for the immediate release of all those arrested.

Khalid Omer Yousif and Wagdi Salih, who are vocal critics of the army, were arrested by security forces on Wednesday.

Anti-coup activists say more than 2,000 people including journalists, civil society members and humanitarian workers have been detained – some held without being charged – since the military overthrew the civilian government almost four months ago.

The military has faced growing pressure locally and internationally to hand power back to a civilian government, but it has so far resisted.

UN-backed talks to end the political crisis have stalled, with several groups refusing to be part of the negotiations.

The country’s economic woes have deepened with protesters and farmers blocking the main road to neighbouring Egypt, hampering cross-border trade.