VAT Should Be Collected By State Government – Mr Taiwo Oyedele 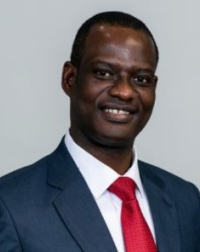 The issue of Value Added Tax (VAT) collection has been one of the burning issues been discussed by a majority of the populace in Nigeria, especially its effects and importance to the entire people of Nigeria. The issue as to who should own the money collected from the tax payers remains a bone of contention.

Mr Taiwo Oyedele, Fiscal Policy Partner, PwC Nigeria and the Research Director for the Fiscal Policy Roundtable of the Nigerian Economic Summit Group said that Value added Tax (VAT) should be collected and owned by the state government. He argued that VAT is not on the exclusive legislative list and that the federal government does not have the power to own the revenue from VAT.

“VAT should be collected by the state government for more efficiency and proper use. The only VAT we should be discussing here is inter-state. VAT should go to the state and local government but imposed by the federation. It  must be included in the concurrent list of the Constitution Amendment  Bill”, he said.

He made this known yesterday at the 2022 Law Week of the Nigerian Bar Association, Lagos Branch while discussing as one of the panelists in the third plenary session on the topic: Taxation , Development and Fiscal Federalism, held at Civic Centre Victoria Island, Lagos State.

Mr Taiwo further stressed that the absence of data collection, data availability and distribution of VAT revenue has hampered the judicious use of the money. He noted that VAT should not be jointly owned by state and local governments but that the government at the Centre should be responsible for the collection of VAT which must be properly disbursed to the local government areas for their use.

There was also a call made by the panelists that VAT should be on the concurrent list and should be discussed by the National Assembly in the Constitution Amendment Bill. By this, the local government will know how the proper revenues could be collected and it will make the state more efficient.

Also, the panelists noted that there should be 13% derivation for all company generations. This will make the company tax to be collected at once instead of collecting from different states under one particular company.

The panelists further stressed the need for collaboration between the Tax practitioners and the NIgerian Bar Association to discuss this particular issue which has been a bone of contention and also constituting a committee for awareness to fight for the right of the people.

Remarks By President Buhari At The Commissioning Of MMIA New Terminal