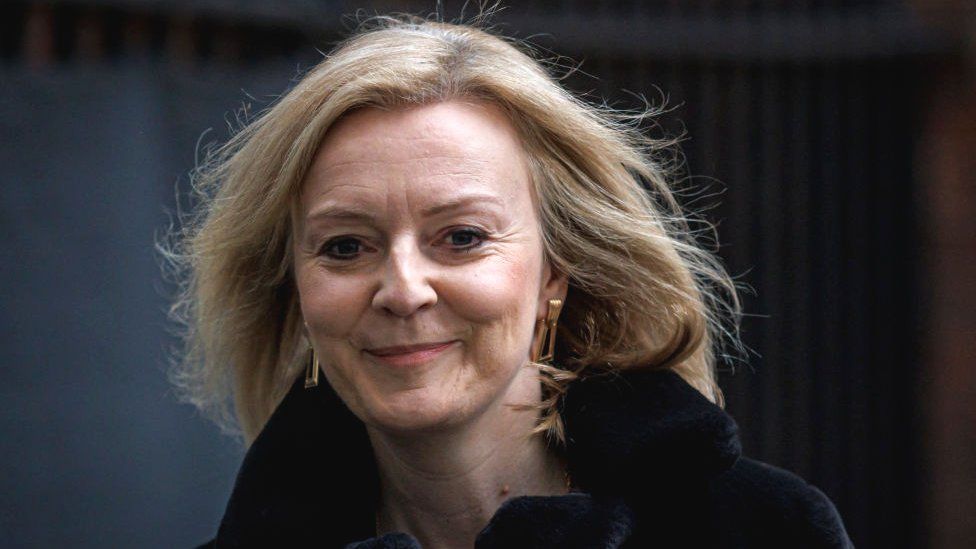 Foreign Secretary Liz Truss has announced new legislation to expand the UK’s sanctions regime in the event of Russian aggression against Ukraine.

Currently the government can only impose sanctions on those directly linked to Russian actions in Ukraine.

But the new powers will allow it to target a much broader range of individuals and businesses.

Kremlin spokesman Dmitry Peskov called it “an undisguised attack on business” and said it would lead to retaliatory measures “based on our interests”.

Russia has placed about 100,000 troops, tanks, artillery and missiles near Ukraine’s border, but denies it plans to invade the former Soviet republic, which borders both Russia and the European Union.

In a statement to the House of Commons, Ms Truss said the legislation would not impose sanctions automatically but provide for additional powers “in the event of any further Russian incursion into Ukraine”.

The Foreign Office says the new measures will allow the UK to act “in lockstep with the US and other allies to freeze assets and ban travel”.

“We will make sure that those who share responsibility for the Kremlin’s aggressive and destabilising action will share in bearing a heavy cost,” Ms Truss said.

“Their assets in the UK will be frozen. No UK business or individual would be able to transact with them. And should they seek to enter the UK, they would be turned back.”

“Those in and around the Kremlin will have nowhere to hide,” she added.

Ms Truss said that the measures amounted to the toughest sanctions regime against Russia yet and were the biggest change in approach by the UK since Brexit.

Reports suggest the US has also drawn up a list of individuals and relatives who could face sanctions.

Ms Truss has previously spoken of a “real threat” of Russia invading Ukraine, which she says would be “terrible for Europe”.

The UK is also sending weapons to Ukraine and offering extra support to nearby Nato allies.