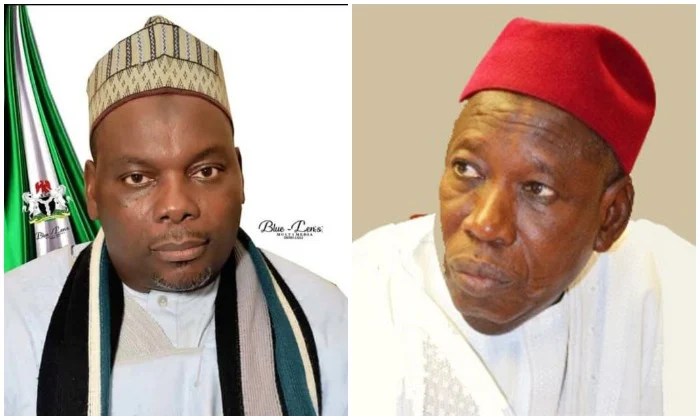 A Senior Magistrates’ sitting in Kano State, on Monday, ordered that a former Kano Commissioner for Works and Infrastructural Development, Mua’zu Magaji, be remanded in a Correctional centre for allegedly defaming Governor Abdullahi Ganduje.

However, the fierce critic of governor Ganduje pleaded not guilty to all four charges against him.

Gabari ordered that Mua’zu should be allowed medical attention.

He also ordered the prosecution counsel to present the case diary before the court on February 3, for ruling on the bail application.

Earlier, the Prosecution Counsel, Mr Wada A Wada, informed the court that the defendant committed the offence between 2021 and 2022 on his Facebook page.

He alleged that the defendant posted a picture of Ganduje with a yet to be identified woman in an immoral or extra-marital affair on his Facebook page.

“This action of the defendant defamed the character of the Governor and Incited supporters to take the law into their hands,” he said.

Wada objected to the bail application made by the defence counsel, adding that bail on medical grounds cannot be granted by the assertion of a counsel or a defendant.

“The nature of the offence is rampant in the society especially in Kano State,” he said.

The defence counsel, Mr Garzali Datti-Ahmad, prayed the court to exercise its desecration and admit his client to bail under section 35(6) 36 (5) of constitution of Federal Republic of Nigeria 1999 as amended and sections 168, 172 and 174 of ACJL 2019.

“The defendant’s sense of hearing has seriously been affected, he is a public figure who cannot jump bail if granted,” he said.

He urged the court to transfer the defendant to his personal doctor for all necessary tests because the State Police Headquarters hospital clinic lacked proper facilities.