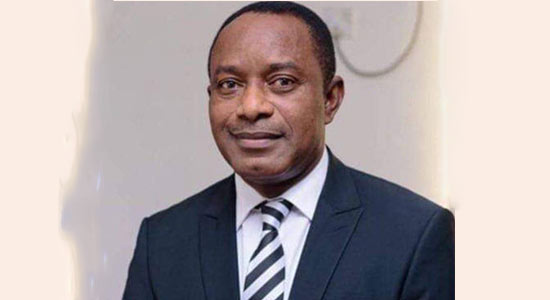 Afamefuna Mallison Ukatu, the managing director and chief executive officer of Mallison & Partners, who had been imprisoned since April 13th, 2022, is now free.

Ukatu was given bail and was granted freedom over the weekend, by Hon. Justice Lifu, of the federal high court, Lagos

Confirming the situation, the business mogul’s lead attorney, Victor Opara (SAN), commended the NDLEA leadership for adhering to the court’s order giving Ukatu bail and stated that by doing so, the drug law agency has demonstrated that it is a law-abiding organization.

According to him; “Around 4:00pm on Friday, Mallinson Ukatu, my ceint regained freedom. Recall that he was rearrested and dtained after being granted bail by the Federal High Court, but the NDLEA kept him.

“We applied to the NDLEA Chairman for bail on behalf of our client chronicling a legion of reasons why he should be let go having been admitted previously to bail by the federal high court lagos .We also politely and constructively engaged NDLEA and assured the NDLEA that Mallison Ukatu is not a flight risk and will attend court and face trial. The NDLEA Chairman Brigadier Mohammed Buba Marwa rtd OFR reviewed our application and was favourably disposed to same. He consequently directed that my client be admitted to NDLEA administrative bail. I commend and salute this exemplary display of effective leadership initiative. It is truly worthy of commendation. I so do here and now.

“We must thank the Chairman of NDLEA for considering our application and towing the path of justice and respect for human right. This is to say that NDLEA is a very responsible organization and also being headed by a responsible and diligent Chairman. I have confirmed to you that Mallinson has been released and has reunited with his family, and there is a lot of happiness going on in the family at the moment,” the Legal Luminary noted.”