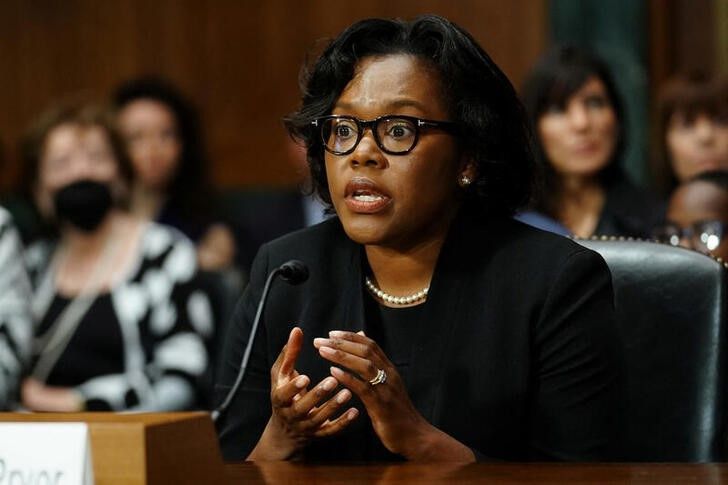 The U.S. Senate on Monday confirmed the first Black person from Indiana to serve on the federal appeals court that hears cases from her state, in a bipartisan vote helped by her state’s two Republican senators deciding to throw their support behind her.

The vote marked the 88th confirmation of one of the Democratic president’s judicial nominees.

In keeping with Biden’s promise during his 2020 presidential campaign to bring greater diversity to the judiciary, more than three-quarters of his confirmed judicial nominees have been women, and a majority are people of color.

“We’re making sure our courts reflect the diversity of America,” Senate Majority Leader Chuck Schumer of New York said on the Senate floor, before teeing up votes in the coming days on two other Black female appellate court nominees.

Pryor has served as a federal magistrate judge since 2008 after a 12-year stint as federal prosecutor and earlier working as a public defender in Arkansas. She will succeed U.S. Circuit Judge David Hamilton, who is taking senior status.

She was the first of Biden’s appellate court nominees from a state with two Republican senators to garner their backing. GOP Senators Todd Young and Mike Braun of Indiana returned “blue slips” in July allowing her nomination to advance.

Senators historically needed to return blue slips to the Senate Judiciary Committee for judicial nominees from their state to be considered.

They are no longer necessary for appellate court candidates as Democrats have followed a practice adopted by Republicans during the Trump administration of not requiring them for circuit nominees. But, blue slips can still smooth an appellate court nominee’s path to confirmation.

For example, now-U.S. Circuit Judge Andre Mathis of the 6th Circuit won Senate confirmation on a 48-47 vote after Tennessee’s two GOP senators complained the White House had not adequately consulted them on his selection.

Pryor, by contrast, has sailed through the Senate without any significant opposition following her nomination in May. (Reuters)