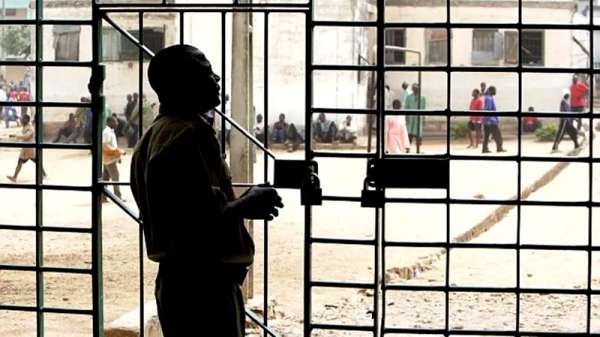 A citizen in Owerri Prison has spent 14 years of his youthful years awaiting trial was discovered by two Catholic priests.

The priests, Rev. Fr. Remigius Him and Rev. Fr.  Jude Onuoha, were in the Prison to celebrate their priestly silver jubilee with the inmates.

Mbaeri also commended the clerics for remembering the inmates as they celebrate their priestly silver jubilee and prayed to God to bless the priests.

In his account, another inmate, Mr. Andrew Ukwuegbunwa, maintained his innocence of the alleged crime for which he has remained in detention.

He recalled that when hoodlums stormed the prison in 2021, he did not want to complicate his matter by running away as others did.

His words: “I am innocent of the crime for which I have been in detention. When the jailbreak took place in 2021, rather than run away and complicate my matter, when I know that I am innocent, I ran and surrendered myself to the Archbishop Emeritus of Owerri, Most Rev. Anthony J. V. Obinna, who called officials of the prison to come and take me back to the Centre.”

While recalling that after the jailbreak, Vice President Yemi Osibanjo, Governor Hope Uzodimma, and the Minister of Interior, Mr. Rauf Aregbesola, visited the facility, assuring all the inmates that returned on their own that their matters would be pleasingly looked into.

“It is sad that since they made the promise, we have not heard from any of them again. I urge the priests to help make our plight known to the government”, Ukwuegbunwa pleaded.

Welcoming the jubilarians earlier, the Deputy Comptroller, Welfare, Mrs. Ejuka Marvis Clara, commended the Catholic priests for what she termed “your thoughtfulness and forthrightness, in coming to celebrate with the forgotten members of the society”.

Addressing the inmates, Rev.  Onuoha said: “I am aware of the fact that most of you are here for the crimes you knew nothing about. Some are here for offenses they are guilty of. I urge you all to be prayerful and look up to God.”

For Fr. Ihim, as much as some of the inmates are either innocent or guilty, “they are also human beings, who are vulnerable and should not be treated as infra-humans because they made mistakes”.

We Remain Nigerians And Nigeria Will Remain One – Buhari