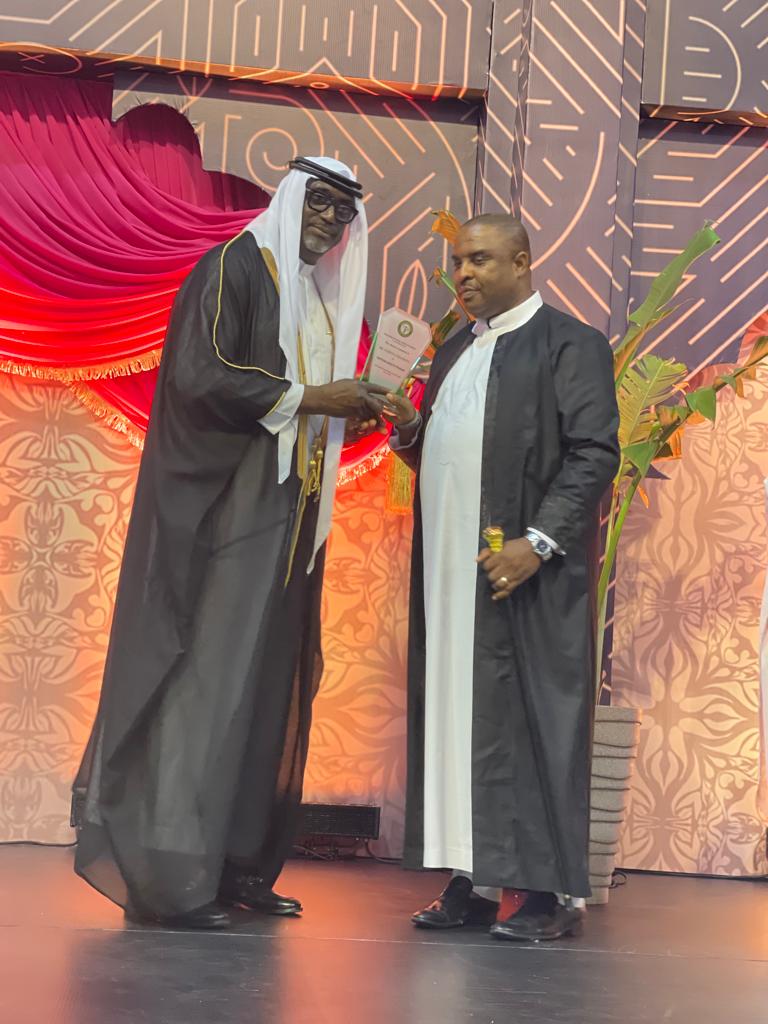 A major highlight of the Dinner themed “Arabian Nights” was the recognition of outstanding Lawyers who are making positive impact in the legal profession.

Tobenna Erojikwe, a partner at The Law Crest LLP and Chairman of the Governing Board of the NBA-ICLE, was recognised by the Lagos Branch of the NBA for the transformational role that he played in elevating Continuing Professional Development to become the most important function of the administration of the NBA Lagos Branch. He served consecutively as a two term Chairman of the Continuing Legal Education Committee of the Branch and in that time entrenched the philosophy of making training and capacity building initiatives available, affordable and accessible to members of the Branch. Most of his very original and innovative ideas have become institutionalised and have revolutionised the entire Continuing Legal Education Landscape in Nigeria. He continues to influence this area through his role as Chairman of the board of NBA Institute of Continuing Legal Education (NBA- ICLE) as members of the Branch have ranked highest in participating at all the free trainings and development initiatives of the NBA-ICLE.

During his four year tenure as Chairman of the CLE Committee, he and his team did the following under the heads below:

• Training Collaborations:
a. Facilitated Tax Law Trainings with
Faculty of experts from PWC.

b.Facilitated the collaboration that led to CIArb certification trainings at a huge discount with the Lagos Branch spending N4.5m on the training of 100 members of the Branch.

This initiative saw Law Firms in the Branch including Sofunde, Osakwe, Ogundipe & Belgore and G. Elias and Co providing free training in specialist areas to members of the NBA.

He superintended over 48 knowledge sharing sessions of 1 hour at Branch meetings consistently for a period of 4 years. The trainings were provided by notable subject matter experts from Nigeria, United States of America and the United Kingdom.

Under Tobenna’s leadership, the Branch set up a mentorship scheme that successfully paired 125 young lawyers with mentees across 5 continents using the buddie mentoring model.

• Training Collaboration with the NBA-ICLE.

The CLE Committee under Mr Erojikwe’s leadership contributed in reviving the NBA- ICLE by collaborating with it on the IP, Energy Law & Policy and Taxation trainings that, together saw over 10,000 lawyers participate.

Tobenna’s praises have been sung by all and sundry including distinguished members of the Bar.

George Nwabunike has this to say:
“I enjoyed yesterday’s dinner but must commend the Branch for recognising some of its finest. As a major beneficiary of the many initiatives of the Continuing Legal Education Committee during the 4 years that Mr Tobenna Erojikwe was Chairman, I am delighted that the Branch honoured Mr Erojikwe with the ‘Exceptional Service to the Bar’ award. I benefited from the KSS sessions, the group mentorship sessions with the likes of Mr Gbenga Oyebode, Mr Asue Ighodalo, MTN legal and others. The one to one mentor sessions and others. I also remember the firm led trainings and the subsidy for the CIArb certification. Congratulations Sir”.

Ayo Akintunde SAN who had chaired Electoral Committees of the Branch and Bola Animashaun, a former Vice Chairman of the Branch were also honoured in that category.

We congratulate Tobenna Erojikwe and all the Awardees on this well deserved Award as we look forward to greater impact.

PROPOSED AMENDMENT TO THE ACJA