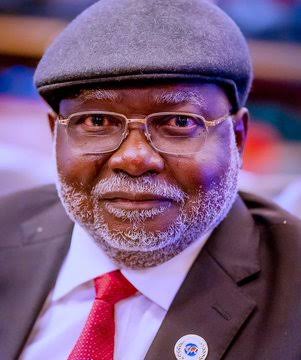 President Muhammadu Buhari on Wednesday at the Council Chamber of the State House, Abuja inaugurated Justice Ariwoola as the substantive CJN three months after he was appointed in acting capacity.

Asíwájú Tinubu, in a statement by his Media Office signed by Mr. Tunde Rahman, described Justice Ariwoola’s appointment as richly deserved, stating that it’s a testament to an excellent judicial career laced with courage competence and character.

He said: “I congratulate Justice Olukayode Ariwoola over his appointment as substantive Chief Justice of Nigeria.

“This appointment is apt and appropriate as it is a testament to an excellent judicial career characterized by courage, competence and commitment to excellence.

“Ever since he became a judicial officer and particularly since his emergence in November 2011 as a Justice of the Supreme Court, Justice Ariwoola has always distinguished himself in character and conduct.

“He is never swayed by anything but the dictates of the law. He interpretes and applies the law as it is.

“I congratulate Justice Ariwoola on his accomplishment. I wish him immense wisdom and God’s guidance in this exalted office.”

Nigerian Man Arrested In Cambodia For Defrauding A Woman Of $5,000 On Facebook