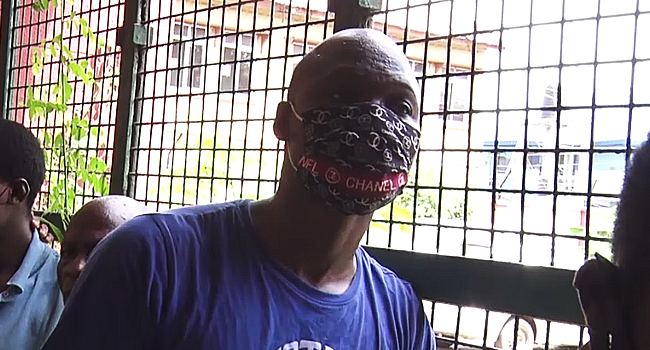 The trial judge, Justice Oluwatoyin Taiwo, fixed the date after listening to the arguments of both prosecuting and defence counsels on whether the convict has met special circumstances for the court to grant him bail, pending appeal.

Two months ago, Baba Ijesha was convicted for indecent treatment of a child and sexual assault of a minor between 2013 and 2014 among other offences by the court.

He was, thereafter, sentenced to serve a five-year jail term. Through his counsel, Baba Ijesha later approached the court for post-conviction bail, pending the determination of his appeal at the Lagos Division of the Court of Appeal.

At the proceedings on Wednesday, his lawyer, Chukwudi Adiukwu, told the court that the defence team had brought notice for bail pending appeal pursuant to Section 6 (6) of the 1999 Constitution, as amended.

Adiukwu argued that Section 51 of the Administration of Criminal Justice Law (ACJL), 2015 empowers the court to admit his client to bail, either unconditionally or upon reasonable conditions.

He also told the court that granting the application would serve the interest of justice as getting a date at the Court of Appeal might be difficult, considering the number of cases in the court’s docket.

The counsel informed the court that by the prison month calendar, the convict would have served his five years concurrent jail term within three years and six months before the hearing might take place at the appeal court.

He added that Baba Ijesha was of good conduct before the court during his trial and was never absent even until judgement.

The applicant’s counsel, therefore, urged the court to consider the special circumstances involved and grant bail to the convict.

But the state counsel, Mrs Omowunmi Bajulaye-Bishi, faulted these arguments, saying the applicant’s counsel, in his address, failed to establish the special circumstances as laid down in the Administration of Criminal Justice Law.

She specifically asked the court to refuse the application and allow the convict to continue his sentence as prescribed by the court.

After listening to their submissions, Justice Taiwo adjourned the ruling until September 19.