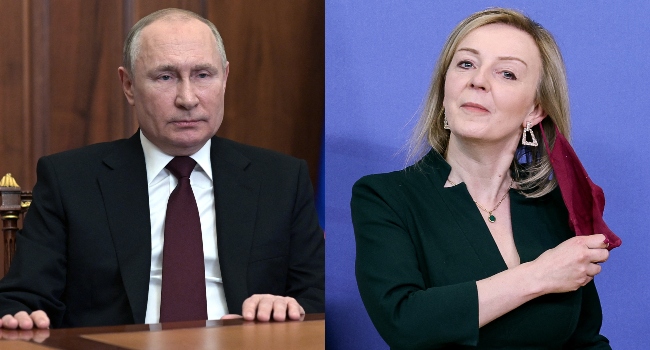 The UK and US have repeatedly over the last weeks cited intelligence as indicating that Russia is planning an invasion of Ukraine.

“We think it’s highly likely that he (Putin) will follow through on his plan for a full-scale invasion of Ukraine”, Truss told Sky News.

Asked if the Russian leader would move on the capital Kyiv, she said: “We think it’s highly likely that that is in his plans.”

While Putin has said he is sending troops, “we don’t yet have the full evidence that that has taken place”, Truss said, calling the current situation “ambiguous”.

Truss said Wednesday that the UK needed to “retain some sanctions in the locker” and had “more individuals that we will target in the event of a full-scale invasion”.