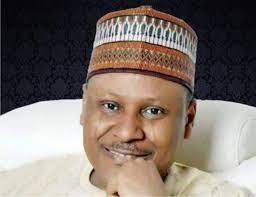 The publisher of Blueprint newspaper, Alhaji Mohammed Idris Malagi, has declared to contest in the 2023 governorship election in Niger State.

He made the declaration during an official visit to the Niger State headquarters of the All Progressives Congress (APC) in Minna.

During the visit, the publisher donated 31 buses and N43m cash for the party operations.

Malagi said the donation was aimed at strengthening the party and to facilitate operations at the state level.

According to him, each of the 25 local governments would get one vehicle and N1m; the three zonal offices a bus and N1m while the party’s state secretariat will get three buses and N15m to help them in the running of the party’s activities.