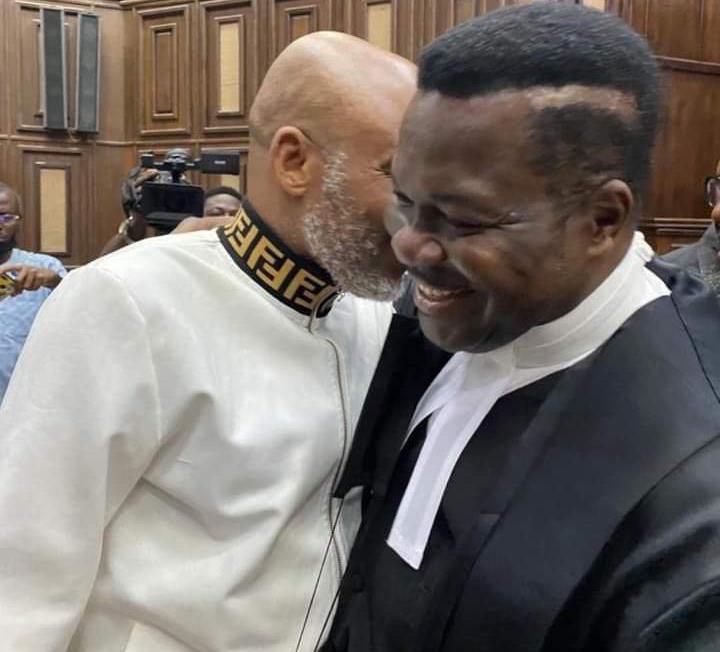 The counsel to Nnamdi Kanu, the embattled leader of the Indigenous People of Biafra (IPOB) ,Mike Ozekhome, has claimed that his client is going blind.

Speaking at the resumed trial of the IPOB leader before Justice Binta Nyako of the Federal High Court on Wednesday, Ozekhome said Kanu may go blind if nothing is done to restore his sight.

The human right lawyer accused the DSS of confiscating the pro-Biafra activist eyeglasses in 2015, when he was initially arrested by DSS operatives.

Ozekhome stated that the court also seized the new pair Nnamdi Kanu was with during his extraordinary rendition from Kenya.

Ozekhome said: “My lord, since 2015, his glasses were taken from him.

“The one he wore before his extraordinary rendition from Kenya was also taken from him.

“Till now, he does not have glasses to wear and his sight is deteriorating.

“My Lord we do not want the Defendant to go blind, that is why we have decided to bring it to the attention of the court.”