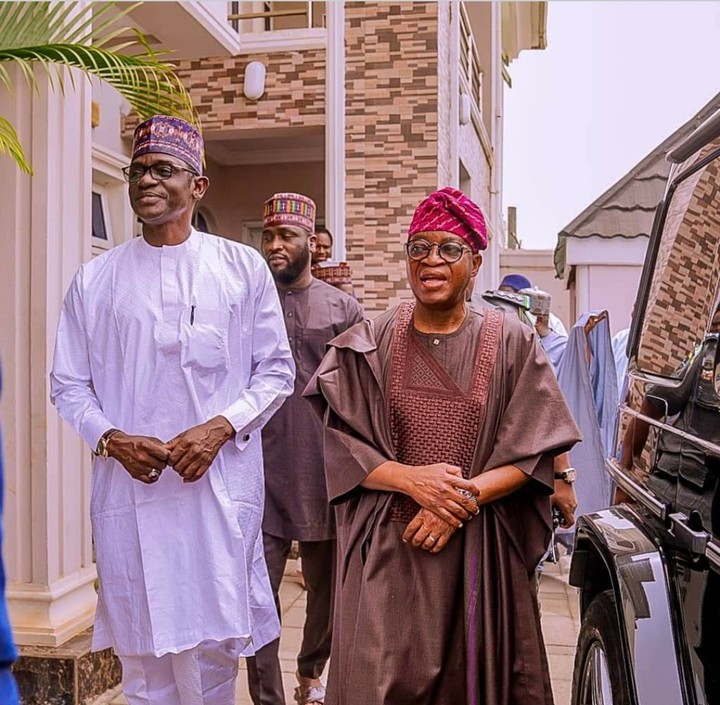 Ahead of the Osun State governorship election, Osun state governor, Adegboyega Oyetola on Thursday visited the national secretariat of the All Progressives Congress (APC) in Abuja where he submitted his nomination form to the party leadership.

On hand to receive him were Governor Mai Mala Buni of Yobe State who is the Chairman of the Convention Extra-Ordinary Convention Planning Committee (CECPC) and the secretary, Senator John Akpanudoedehe.

According to the governor’s Chief Press Secretary (CPS), Ismail Omipidan, Oyetola’s forms were endorsed by Buni.

“Ahead of the deadline set by INEC for the submission of nomination forms of candidates for the July 16 Governorship Election in Osun, Governor Adegboyega Oyetola and APC candidate for the election, on Thursday, visited the party secretariat in Abuja to dot all necessary i’s and cross all t’s before the party submits the forms at INEC office”.

“Oyetola also met with the Chairman of the APC Caretaker Committee, Governor Mai Mala Buni, who endorsed his forms”.