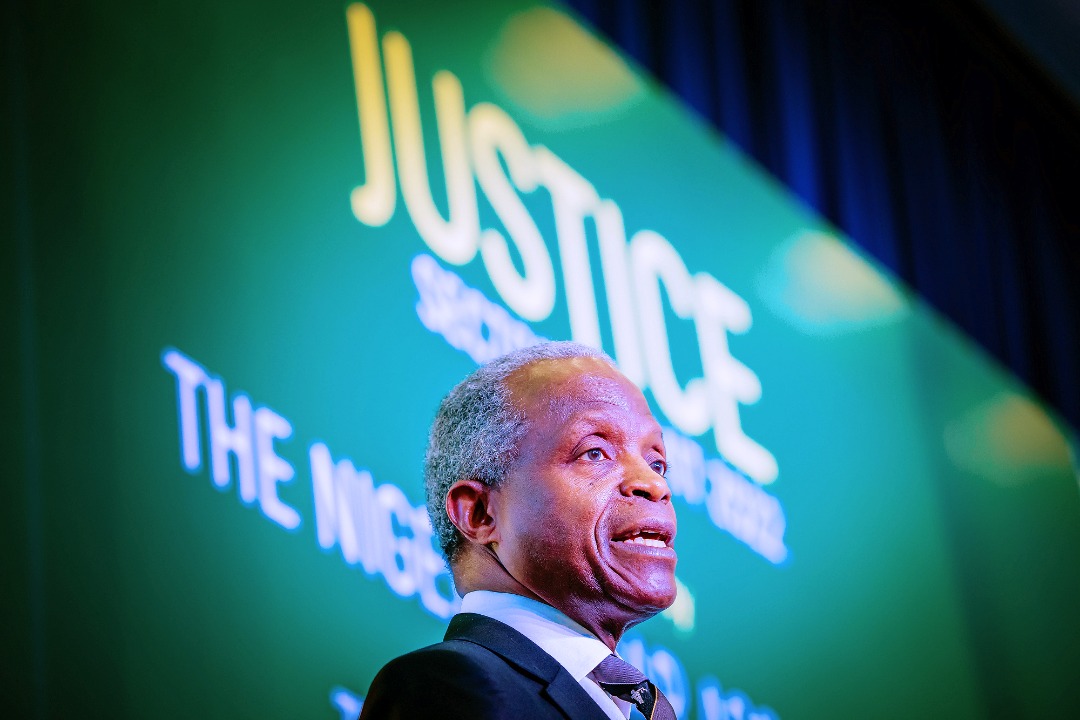 The Vice President of Nigeria, Prof Yemi Osinbajo says Nigerian Judges should collect more salary than the legislators in the country.

He said this while speaking on Tuesday at the 2022 justice sector summit organised by the Nigerian Bar Association (NBA) and the Justice Research Institute in Abuja, Osinbajo said it is

“In the United Kingdom from where we derive most of the structures of our judicature, applicants to judicial office in superior courts go through several screening processes. At some point, it was 17 stages, including written examinations, interviews and role-play exercises,” he said ”Why should a judge earn so much less than a federal legislator? There is no basis for it whatsoever”

“And in the US, supreme court appointments involve rigorous public screening by the senate, which sifts through the entire public, and sometimes private lives of candidates.

“That is the nature of the rigour that anyone who should hold the power of life and death, and power over other people’s livelihoods, should go through.

“It shouldn’t be a ‘take a bow’ situation at all. It must be rigorous because the moment the person is appointed into a high office of that sort, they are unleashed as it were on the rest of us.

“The robustness and transparency of the processes in these jurisdictions provide comfort to the candidates of the fairness of the selection process and enables the public to have front-row seat in some of these processes.”

On the remuneration of judicial officers, Osinbajo said the conditions under which they operate should be good enough to attract the best of minds.

“Judicial remuneration and welfare are critical,” he said.

“Why should a judge earn so much less than a federal legislator? There is no basis for it whatsoever. We should in fact benchmark without necessarily creating fresh legislation because the legislature doesn’t have any legislation about their own salaries.

“The truth of the matter is that the responsibilities of the judge or justice of the supreme court/court of appeal are such they must be well remunerated.

“They are such that when they retire, they must be able to go to homes that they own in decent places where they live. That’s the way it should be.”