Okorocha: Buhari Has Promised To Take Up My EFCC Case 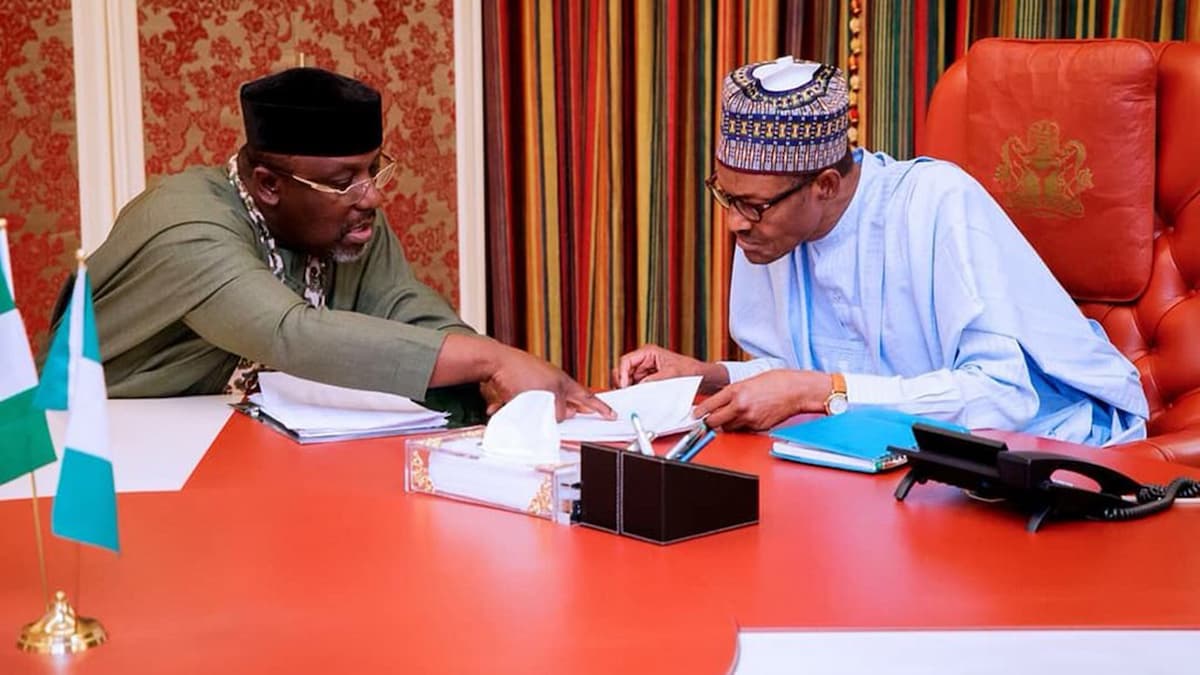 Senator Rochas Okorocha says President Muhammadu Buhari has promised to take on the case he has with the Economic and Financial Crimes Commission (EFCC).

He said this on Thursday while responding to questions from State House reporters after a closed door meeting with the President at the Presidential Villa, Abuja.

On why he sought the President’s intervention despite his disposition for principles especially in the fight against corruption, he said: “One of the duties of a president is to protect the law of the land. And when an issue comes to an issue of judgment the duty is incumbent on the government of the day to ensure that justice is done.

“I came to demand for justice that you should prevail and as the custodian, as the leader of our nation, he should be made to know that such is going on. I didn’t come here to say, I don’t want to be investigated by the EFCC. That’s not the issue, that there’s judgment on the ground.

“There’s judgment and there’s order of court that I’m asking Mr. President, who appointed the EFCC to recall that there was the law that established the EFCC. And if that law is good to make somebody EFCC, that law should be obeyed, too.”

“It was a needless action to have even started. Something that you can handle and not allowed to escalate? If the federal government made them to call them terrorists it is the state government that made the recommendations and created that image that presented the boys as terrorists,” he added.

Buhari Has Done Everything To Develop This Country – Chukwuemeka Nwajiuba