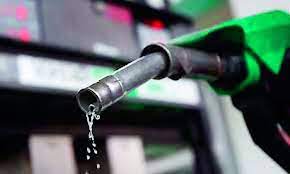 The Kwara State Command of the Nigeria Security and Civil Defence Corps (NSCDC), on Sunday, threatened to seal fuel stations engaged in hoarding or selling petrol above the official pump price in the state.

The state Commandant, Makinde Iskil Ayinla, said the defence corps will not hesitate to seal the fuel stations and prosecute the owners creating artificial scarcity of the product in the state.

He handed down the warning during an on-the-spot assessment carried out by the corps at some filling stations in Ilorin, the state capital, on Sunday.

Represented by the head of the NSCDC anti-vandal unit in the state, Yusuf Ayinde, the Commandant read the riot act to stations who reportedly refused to sell petrol or sell the product above the recommended pump price of N165.

“Based on intelligence reports made available to us, some filling stations have been accused of selling the PMS as high as N175 and N250 which is above the recommended pump price of N165,” he said.

Consequently, the commandant ordered an on-the-spot assessment of the situation at some filling stations.

“Some were caught in the act and ordered to revert to normal price,” spokesman of the command, Babawale Zaid Afolabi disclosed.

The exercise, he added, will continue on Monday as the NSCDC team is expected to inspect more filling stations.

Continue To Put Your Trust In APC – Lawan To Nigerians