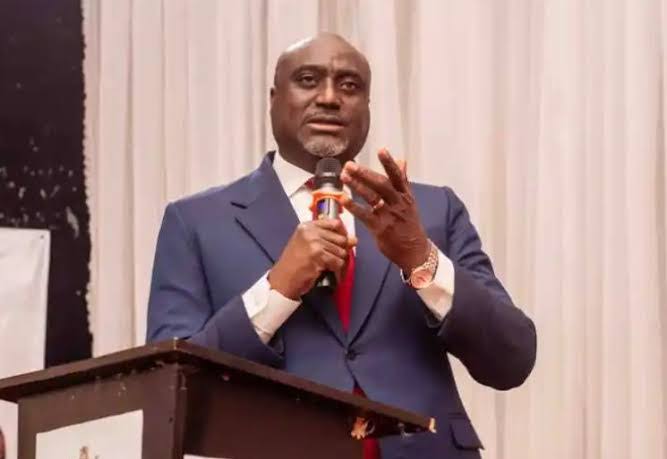 The President of the Nigerian Bar Association (NBA), Mr. Yakubu Chonoko Maikyau, OON, SAN yesterday delivered an address before the Supreme Court in commemoration of the opening of the 2022/2023 legal year ceremony and conferment of the rank of Senior Advocates of Nigeria(SANs). Mr. Maikyau congratulated the new SANs and urged them to imbibe humility.

He also seized the occasion to address different issues including the expectations of Nigerians of the legal profession before and after the 2023 general elections, the public perception of the legal profession, welfare of judicial officers and the unfortunate murders of two members of the NBA, Mr. Nathan Akatakpo of Ahoada Branch and Mr. Stephen Eke of Nyanya-Karu Branch.

The NBA President decried the fact that election-related matters are being ‘’attended to at the expense of other equally if not more important matters that have direct impact in several respects to the growth and sustenance of our economy.”

He however reiterated the pledge in his Inaugural Address that in this election season the NBA “shall stand with the Courts and do everything legal to protect the integrity of the Bench against any form of intimidation by the political class, any person or group of persons” and that the NBA “will not hesitate to call out and pursue disciplinary action(s) against erring judicial officials.

On the public perception of the legal profession, the NBA President called out some members of the Bar who have continually found delight in making spurious, sweeping and unsubstantiated allegations against judicial officers and legal practitioners and lamented what he described as the ‘collective silence’ of “many members of the profession who should speak up to negate the false narrative that is being fed into the psyche of Nigerians on a daily basis.”

In a similar vein, the NBA President expressed the concern of the Bar over the recent political statements credited to the Hon, the CJN. While acknowledging that the CJN is a man of honour and integrity, Mr. Maikyau called attention to the code of conduct for judicial officers which he said “requires their Lordships, in exercising the freedoms of expression, belief, association and assembly, to exercise restraint and adhere strictly to political silence for the purpose of maintaining your Lordships’ independence; not undermining the confidence in your Lordships’ impartiality and exposing your Lordships to political attacks inconsistent with the dignity of judicial officers.”

The NBA President used the occasion to deplore the state of security in the nation and called on the Federal Government to intensify efforts in providing security for the lives and properties of Nigerians. Mr. Maikyau disclosed that the state of insecurity recently claimed the lives of two members of the NBA, Mr. Nathan Akatakpo of Ahoada Branch and Mr. Stephen Eke of Nyanya-Karu Branch who were separately murdered in cold blood. The NBA President prayed for the repose of their souls and assured that efforts are being made to identify, arrest and bring the killers to book.

Attached for your reference is the full speech of the NBA President.

Thank you and do have a great day.