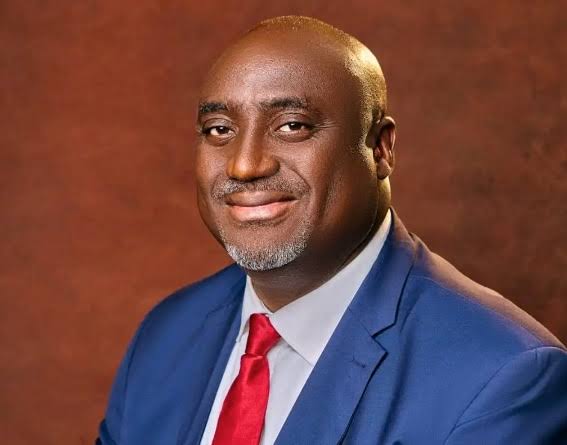 The President of the Nigerian Bar Association, Mr Yakubu Maikyau, SAN has released a formal statement on the activation of the lawPavilion Primsol Licence for young lawyers.

According to a statement sent to Lawhauz, the President noted that an agreement was reached yesterday, 27th October 2022, to reactivate the LawPavilion Primsol Licence for young lawyers, which contract expired on 24 August 2022.

I am delighted to announce that, following weeks of intense negotiation between the leadership of the NBA and the Management of LawPavilion, an agreement has been reached today 27 October 2022, to reactivate the LawPavilion Primsol Licence for young lawyers, which contract expired on 24 August 2022.

Members will recall, that as Chairman of the NBA Welfare Committee under the immediate past administration, I had the privilege of negotiating the deal that culminated in the ‘free Primsol subscription’. The negotiated and agreed deal was as follows:

Upon assuming office on 26 August 2022, I was poised to instruct LawPavilion to immediately reactivate the licence but that did not happen, as the management of LawPavilion indicated their decision to review the price of the package for the young lawyers from N3,000 (Three Thousand Naira Only) to the sum of N10,000.00 (Ten Thousand Naira Only) representing over 200% increment on the expired deal.

Now, I must state, that although the increment is significant when compared to the expired deal, it remains a huge bargain when compared to the actual cost of the Primsol package, which is N90,000 (Ninety Thousand Naira). It is also important to bear in mind the current high inflation rate and the general economic situation of Nigeria. Even more worrisome to the management of LawPavilion is that they observed, regarding the negotiated subsidies for other groups of lawyers as stated above, that some of our colleagues and regular subscribers simply refused to renew their regular subscriptions and instead, resorted to the use of the free subscription provided for young lawyers by the NBA. This, according to the management of LawPavilion completely eroded their overall profit and threatened the sustainability of their business, thus the need for the upward review.

Notwithstanding the foregoing, it was clear to us that over 200% increment in the cost of a single welfare package (laudable as it is), will directly impact on our ability to meet other financial commitments of the administration. We therefore engaged very intensely with LawPavilion to negotiate a more favourable deal for the NBA without putting their company out of business, as repeatedly advocated by them. In the end, we agreed for the unit price of N5,000 (Five Thousand Naira Only), with a minimum of Ten Thousand young lawyers, starting from today, 27 October 2022, subject to ratification by the National Executive Committee (NEC).

I am not unaware of the agitations by our young members across the Country on the need to have reactivated the licence so soon upon its expiry, but I decided to stay the course of the negotiation till positive conclusion, before giving a comprehensive update to members. This, therefore, explains the seeming delay in the reactivation of the LawPavilion Primsol licence.

May I use this medium to thank the management of LawPavilion, particularly the Managing Director, Mr. Ope Olugasa. I have found him a shrewd and reasonable businessman from our first engagement, and this has not changed. I thank the members of the National Executive Committee of the NBA for their steadfastness. More importantly, I thank you the members of our Association, particularly the young lawyers, for your patience and understanding in the waiting period, even as I undertake to continue to do my utmost to serve the Bar, honestly and transparently, to the best of my ability.

NBA REQUESTS FOR COMMENTS ON THE APPOINTMENT OF PRESIDENT, CUSTOMARY COURT OF APPEAL,FCT, ABUJA