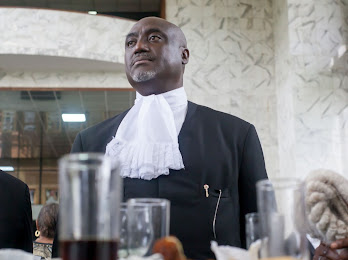 The President of the Nigerian Bar Association, Mr Yakubu Chonoko Maikyau, SAN today, 15  September, 2022 made a call for an amendment of the Nigerian constitution to increase the number of justices appointed to the Supreme Court and to limit the jurisdiction of the apex court to ”certain constitutional matters.” Mr Y.C. Maikyau, SAN made this call while delivering a valedictory address in honour of Hon. Justice Abdu Aboki, JSC upon his lordship’s retirement from the Supreme Court.

With the retirement of Hon. Justice Aboki from the Supreme Court, the number of Justices of the Court is now reduced to 13, 8 Justices less than the full complement of 21 Justices as prescribed by Section 230 (1)(b) of the Constitution of the Federal Republic of Nigeria (as amended). The NBA President noted therefore that “it will still be a huge struggle for this Court to cope with the number of appeals already pending before it and those that are bound to arise, particularly from election-related matters.”

Still on constitutional amendment, he also called for amendments that would reduce the number of matters that get to the Supreme Court and recommended, specifically, that the jurisdiction of the Supreme Court be limited to certain constitutional matters so as to allow the Court to properly function as the policy-making court that it is meant to be.

The NBA President described the forthcoming 2023 elections as one that “promises to be a watershed moment in our democratic experience” and admonished members of the legal profession, given the public interest that election matters generate, to  conduct themselves with the highest level of professionalism, integrity and probity while handling election petitions. He also  urged members of the Judiciary “……to always bear on their shoulders the duty of ensuring that there is no appearance whatsoever, of compromise on their part. Nothing should be done which creates even a suspicion that there has been improper interference with the course of justice.”

In conclusion, the NBA President described Hon. Justice Aboki, JSC (Retired) as a jurist who has discharged his judicial duties creditably and expressed, on behalf of the Nigerian Bar Association, his best wishes to His Lordship for a long and healthy life in retirement. ADDRESS DELIVERED BY THE PRESIDENT OF THE NIGERIAN BAR ASSOCIATION, MR YAKUBU CHONOKO MAIKYAU, SAN, AT THE VALEDICTORY COURT SESSION HELD ON 15TH SEPTEMBER 2022 AT THE SUPREME COURT OF NIGERIA IN HONOUR OF HONOURABLE JUSTICE ABDU ABOKI, JUSTICE OF THE SUPREME COURT (RETIRED)